"Dark Figure of Crime" Leads Two Days in a Row 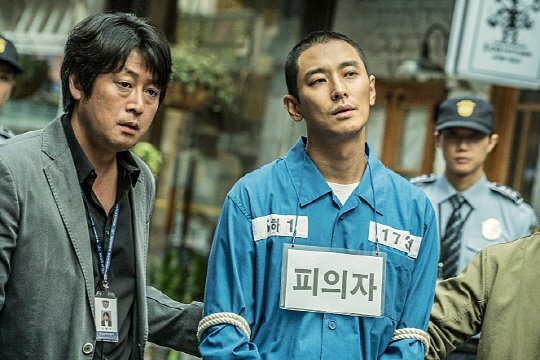 According to the Korean Films Commission, the film "Dark Figure of Crime" gathered 38,051 viewers on just the 23rd alone and beat "First Man" with an accumulation of 3,472,278.

"Dark Figure of Crime" is based on a true story that happened in Busan, Korea about a killer who confesses to seven more crimes in prison. The motive was broadcast on the SBS TV show "We Want to Know" in 2012.

""Dark Figure of Crime" Leads Two Days in a Row"
by HanCinema is licensed under a Creative Commons Attribution-Share Alike 3.0 Unported License.
Based on a work from this source