Decision on Jay Park drama casting yet to come 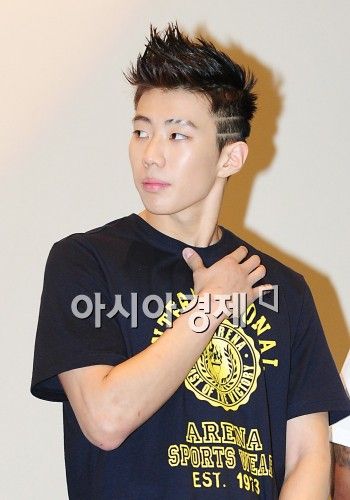 The decision on former boy band 2PM leader Jay Park appearing in a drama tentatively titled "Secret Garden" has yet to be made, according to his agency on Wednesday.

SidusHQ stated through a press release that negotiations regarding Park's casting for the upcoming SBS TV series had been "going positively" and they are now waiting for a response from the show.

SidusHQ's remarks came after several local media outlets reported yesterday that Park would not be able to appear in the drama due to his busy schedule.

For weeks, Park has been talking to producers of the show who have him in mind for the role of new singer Sun, a gifted singer who has been hurt by the fact that the reason his father left his family is because of his mother's affair with another man.

Actor Jang Hyuk has been set to play the leading role in the fantasy melodrama by producer Sin Woo-cheol and scenarist Kim Eun-sook, the duo famous for creating smash hits "Lovers in Paris" and "On Air".

Park, 23, has been filming a b-boy pic titled "Hype Nation 3D" since mid-June and released a solo single album a month later.

Starting August 28 in Korea, he will kick off his Asia fan tour where he will visit countries including Taiwan, China, Thailand, the Philippines and Malaysia.