"Default" Yoo Ah-in Works to Deviate From the Conventional 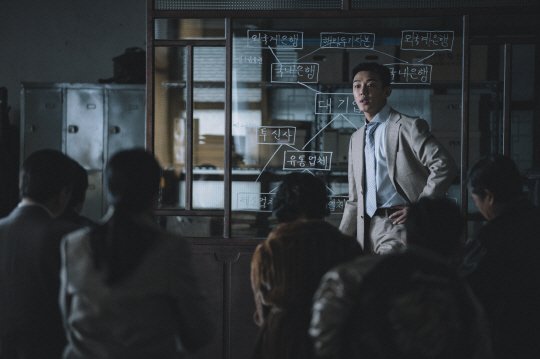 While Kim Hye-soo, Yoo Ah-in, Heo Joon-ho, Jo Woo-jin and Vincent Cassel are starring in the new film "Default", Yoo Ah-in takes on the role of a financier who bets everything on the crisis of national bankruptcy.

"Default" is about the week prior to national bankruptcy, a person who is trying to prevent the crisis, a person who is betting on the crisis, and an ordinary person who wants to protect the company and his family. Yoo Ah-in, who has been constructing a solid base in his acting through films "Punch", "Veteran", "The Throne" and "Burning", takes on the role of Yoon Jeong-hak, a financier who quits his job and tries to turn this crisis into an opportunity.

Yoon Jeong-hak uses the national bankruptcy crises to take risky bet on an opportunity to change his life. Yoon Jeong-hak resigns from his job and rounds up investors. As the economic crisis surfaces, he manages to succeed, but can't conceal his bitterness when his expectations are fulfilled, in how they are displaying the reversal of the IMF Crisis. Yoon Jeong-hak has a faithful instinct and desire to invest in the crisis and Yoo Ah-in will increase the immersion of the film through the 'Yoon Jeong-hak' character.

Yoo Ah-in claims he tried to deviate from the typical character of Yoon Jeong-hak. He thought hard about the script and in the end managed to immerge himself into the year 1997. The production claims Yoo Ah-in fit the production perfectly and watching him communicate with the character was fun to watch.

"Default" comes out on the 28th of November. 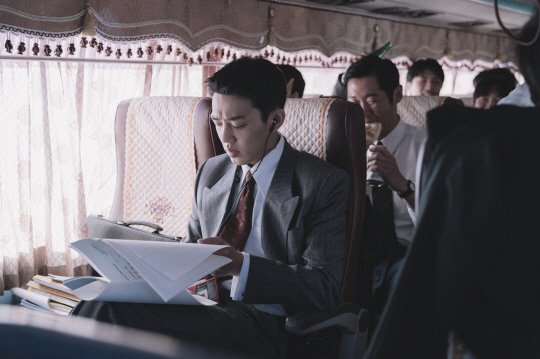 ""Default" Yoo Ah-in Works to Deviate From the Conventional"
by HanCinema is licensed under a Creative Commons Attribution-Share Alike 3.0 Unported License.
Based on a work from this source