Definitely IN for the season  Project Runway Korea Season 3!

Does this sound familiar? Yes, and many of us are probably reminded of Heidi Klum in a sleek cocktail dress and skyscraper heels. And similarly in this country, there's the acknowledged first supermodel of Korea, Lee So-ra, the host of "Project Runway Korea".

Picture of the show : Lee So-ra with 15 new challenging designers for the new season. 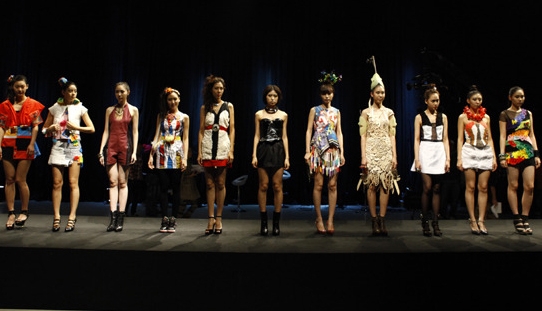 Clothes on display on episode 4. Mission was to create a club party dress with materials found in a children's toy store.

Before launching the season premiere introducing 15 newly selected designers for Season 3, a press conference with Lee So-ra and a number of representatives of the show was held at 10 Corso Como Seoul, a leading boutique with a spectacular collection of high-end fashion.

At that event, it was disclosed that "this season boasts some superstar guest judges like 2NE1's CL and Han Go-eun, a Korean actress much celebrated for her distinguished taste in fashion". It has also been noted that world-renown designer Jeremy Scott flew to Korea especially to appear on the show as a guest judge, just as he had promised.

Though only four episodes into the season, this parade of superstars is already working its magic on the viewers, as reflected in doubled ratings.

Kim Tae-hee, often referred to as a "goddess" due to her beauty and featured on the second episode, requested a dress be made for a spring makeup photo shoot. The competition grew fierce as the winning dress was not only to be worn by a top Korean actress, but also to be displayed nationwide through commercial photos. Kwon Soon-soo, a student at Central Saint Martins College of Art and Design in London, won the challenge by creating a bubbly mini-dress using various shades of pink and lavender. She added extra volume in the skirt, successfully delivering the fluorescence of spring. 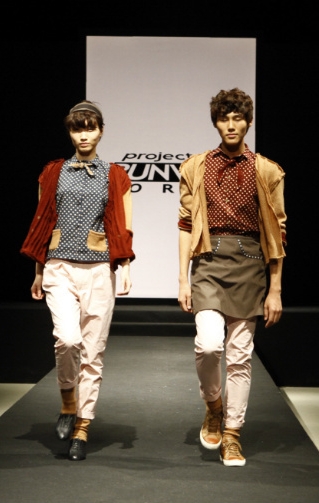 Second prize-winning work from episode 2. Mission was to design a uniform for café staff.

Although there is only one winner in each episode, all 15 designers in the show come from strong backgrounds in fashion, whether having attended top fashion schools in Europe and the U.S., or having studied in Korea with various artists. Their distinct characters can also be recognized trough their unique fashion styles.

Kim Jin, for example, a student at the Fashion Institute of Technology, is a former member of girl group "Diva", popular in the 90s. She was then known as Jini, but decided to abandon her identity as a singer in order to join the fashion industry instead. In the season premiere, she expressed her desire to be viewed as a newly beginning designer, not a singer, then added that joining "Project Runway Korea" was a big step for her. She promises to make full use of what she had gained from her past experiences as a celebrity, and to demonstrate them throughout the challenge.

Despite various major upgrades on the show, some things remain the same. Returning as judges are Andy & Debb designer Kim Seok-won and Editor-in-Chief of a prestigious fashion magazine, Jeon Mi-kyung – except, not of ELLE Korea, but of Bazaar. Kan Ho-sup, a fashion design professor, also returns as a mentor, with the same witty comments for which he is famous, only to add more fun to the show. The winner of the season gets to present his/her work at the 2011 F/W Collection during Seoul Fashion Week and win 100 million KRW to launch his/her own brand.

Who will be the third winner of the biggest survival reality show for designers in Korea? One can never guess with certainty, but the director of "Project Runway Korea", Jung Jong-seon, promises to bring more extraordinary missions for the contestants this season, hence more excitement and ferocity to the competition. Let's count on director Jung, and follow the lead of supermodel host Lee So-ra to find out who the next victor will be. 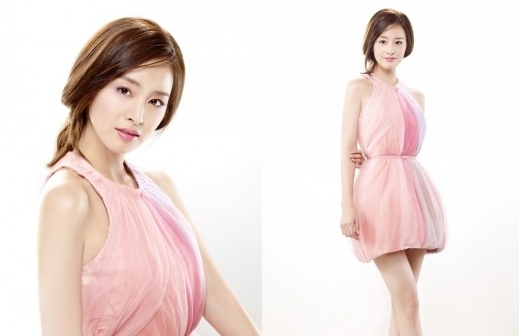 Kim Tae-hee in the first-prize dress from episode 4 for a beauty photo shoot. (Dress by Kwon Soon-soo)