"Descendants of the Sun", the Song-Ha couple 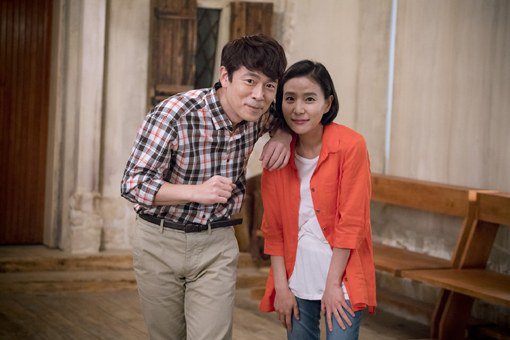 The KBS 2TV drama is all about the Song-Song and Koo-Won couple but thy aren't the only ones romancing it up in the drama. There is also the Song-Ha couple (Song Doctor and Ha Nurse).

The two are the hidden works of art in the drama. They brought about a lighter atmosphere in "Descendants of the Sun" when the earthquake hit and Yoo Si-jin (Song Joong-ki) and his team were in peril.

Lee Seung-joon takes on the role of Song Sang-hyeon, a doctor. He looks like an immature man but he's known for his skills. He is playful and jokes a lot but is most sincere when it comes to life and death. Seo Jeong-yeon takes on the role of Ha Ja-ae the nurse. She's thorough but sometimes clumsy. The doctor and the nurse become lovers after having known each other for a long time. Ha Ja-ae broods a playful doctor and Song Sang-hyeon is in charge when it comes to affection. On the eleventh episode, the two officially delivered feelings for each other and became a couple.

Lee Seung-joon and Seo Jung-yeon are drawing attention on themselves. Lee Seung-joon starred in the tvN drama "Rude Miss Young-Ae Season 14" as a distasteful but liked person.

Seo Jeong-yeon starred in the SBS drama "Heard It Through the Grapevine" and Yoo Ho-jung's assistant and MBC "She Was Pretty" as Go Joon-hee's mother.

Drama production NEW says, "Lee Seung-joon and Seo Jung-yeon give us so much delight in watching the drama".

""Descendants of the Sun", the Song-Ha couple"
by HanCinema is licensed under a Creative Commons Attribution-Share Alike 3.0 Unported License.
Based on a work from this source