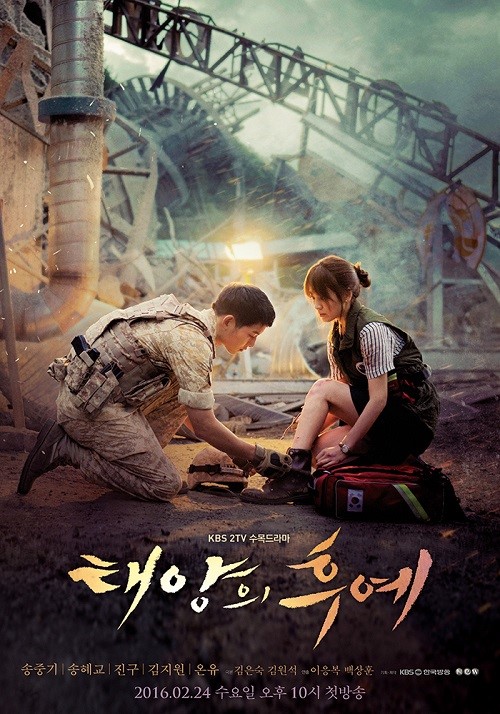 KBS drama, "Descendants of the Sun" has been given the Best Drama Award at the ATA: Asian Television Awards.

On December 2, the 21st ATA's were held in Singapore. There were many other candidates for this award, but "Descendants of the Sun" out beat them all.

This 16 episode drama reached a 38.8% viewer rating and was one of the most talked about dramas of 2016.

The ATA's began in 1996 and is held every year in Singapore.