"Detective K" easily stays at the top spot on Day 2 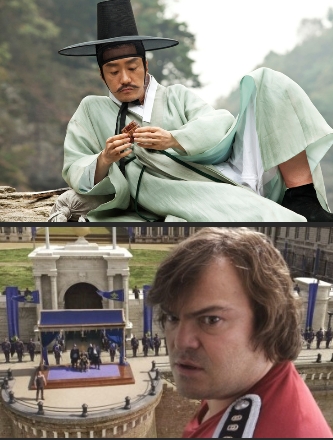 "Detective K" continues to hold the top spot in the box office on its second day with a 10.5% lead against Hollywood movie, Gulliver's Travels. The comedy-mystery period movie took 32.8% of the audience share with 115,406 admissions on day two, bringing a total of 228,316 admissions so far, according to Korea's Nationwide Computerized Box Office Data System (KOBIS). The fusion movie raked in more than 1.5 million KRW in two days.

"Detective K" revolves around the adventures of a wacky detective (Kim Myung-min) and his witty sidekick (Oh Dal-soo) as they investigate a series of mysterious murders believed to be linked to corruption activities of high ranking government officials. Han Ji Min also stars as the sultry businesswoman who holds the key to the mystery. 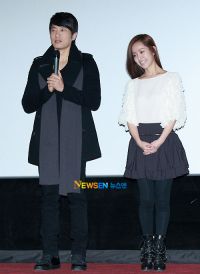 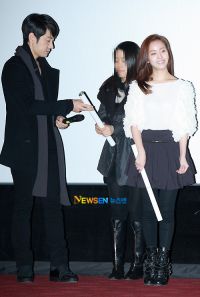 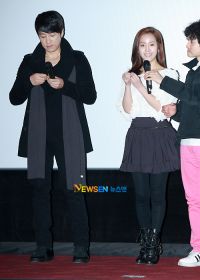 Adventure fantasy movie Gulliver's Travels trails in second place. However, it dropped to 22.3% share, 2.9% less from its debut at 25.5%. KOBIS records show that on its second day run, it garnered 36,865 fewer viewers than "Detective K". Admissions for two days total to 163,968.

Gulliver's Travels stars Jack Black as Lemuel Gulliver, a wannabe travel writer who gets trapped in the island of Lilliput where the inhabitants are no bigger than the size of his hand.

Other movies in the top 5 list premiered on January 27, except for 4th placer GLove, a baseball drama which is on its 2nd week run. Period comedy film Battlefield Heroes remained on 3rd, and John Cusack-starrer Shanghai is on 5th.

""Detective K" easily stays at the top spot on Day 2"
by HanCinema is licensed under a Creative Commons Attribution-Share Alike 3.0 Unported License.
Based on a work from this source