Director Im Sang-soo: 'I Made the Movie Without Feeling Pressure about the Original' 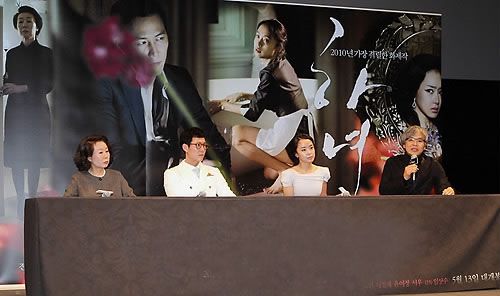 Director Im Sang-soo, who made the remake movie of the late Kim Ki-young's original "﻿The Housemaid - 1960", said on April 13, "This remake movie has been made after 50 years, so I think there are interesting points that viewers can enjoy while watching the remake movie. Viewers might be able to compare how characters react differently and how the main actors and directors are different. "

He explained, "By the way, the basic setting that a mysterious housemaid comes to a happy family and has an affair with the landlord is the same as the original".

At the production presentation of the movie "The Housemaid - 2010" held in Apgujeong, the director, Im Sang-soo, introduced the movie, "The story is very common and obvious. Due to the story, it could be called a [expletive] drama, but obviously the remake movie is well-made thanks to the excellent acting of the main cast members and also thanks to the excellent composition of every scene". When he described the film as an "excellent [expletive] drama", he showed a big smile.

Actress Jeon Do-yeon, who garnered the Best Actress Award at the international Cannes film festival in 2007, will play the housemaid named Eun Yi and actor Lee Jung-jae will play the male host who seduces Eun Yi and has an affair with her. 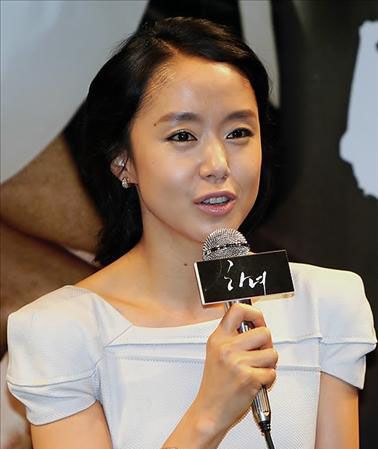 Also, actress Youn Yuh-jung, who made her debut with one of the three housemaid series by director Kim Ki-young, "Woman of Fire" in 1971, will also appear in the remake movie as an another old housemaid. Actress Seo Woo will play the landlady, Hae Ra.

Jeon Do Yeon said, "The character I played is a very pure and confident woman. Also, she is very faithful to her instincts. It was very physically challenging, but I was happy enough mentally to be able to feel pleasure while I was filming the movie".

She continued to say, "Eun Yi is too innocent and honest of a character, and at first it was very difficult for me to act as her because I could not understand the character. But, suddenly I realized that I had been looking for Eun Yi from far away. Eun Yi could be me, myself. After that, I felt more comfortable about acting as Eun Yi".

Director Im said, "She showed a professional performance that was already recognized as a Cannes award-winning actress. As I already told her when we were filming this movie, I respect her". Also, actress Youn Yuh-jung praised her by saying, "By looking at her acting that absorbs director's directions like a sponge, I thought about myself--whether I could act like her when I was her age. Anyway, I learned many things from Do-yeon".

Lee Jung-jae talked about an episode that happened when filming a bedroom scene with Jeon Do-yeon, "The director asked us to film the scene again due to technical problems. So, we filmed the scene again, but I found out that the script had been changed into words that I could not even mention (laugh). I seriously considered the lines for five minutes, and finally did it".

Director Im Sang-soo said that viewers might be able to enjoy the movie "The Housemaid - 2010" by watching beautiful scenes and the excellent performances of cast members. He added, "I made an effort to create beautiful scenes. Also, I tried to induce the best performances from the six cast members, including a child actor. They were all best actors and actresses, so I bet that this movie will be enough for viewers to enjoy their best acting". 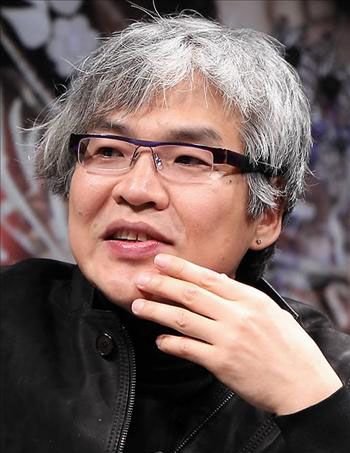