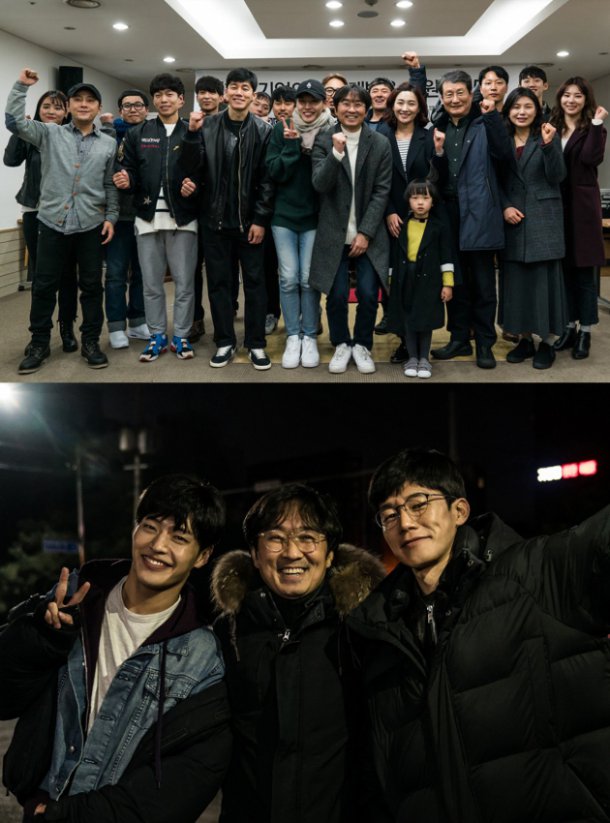 Thriller "Forgotten" cranked in on the 11th.

The movie is directed by Jang Hang-jun and starred by Kang Ha-neul and Kim Moo-yul.

"Forgotten" is a thriller about Yoo-seok who comes back 19 days after being kidnapped with no recollection of anything and his brother Jin-seok who tracks down the truth.

Kang Ha-neul plays Jin-seok, the brother who goes after the truth.

Kim Moo-yul is going to take on the role of the older brother Yoo-seok.

Moon Sung-geun, a veteran actor and Na Young-hee are also starring in the movie.

After the first take, Jang Hang-jun claimed he was nervous but also excited about the movie.

Kang Ha-neul claimed, "I wanted to do this as soon as I read the scenario. I am looking forward to it".

Kim Moo-yul said, "I am having fun and I think we will all get along as we can relate to each other. I hope the audience enjoys it".

"Director Jang Hang-jun's upcoming movie "Forgotten", starring Kang Ha-neul and Kim Moo-yul "
by HanCinema is licensed under a Creative Commons Attribution-Share Alike 3.0 Unported License.
Based on a work from this source