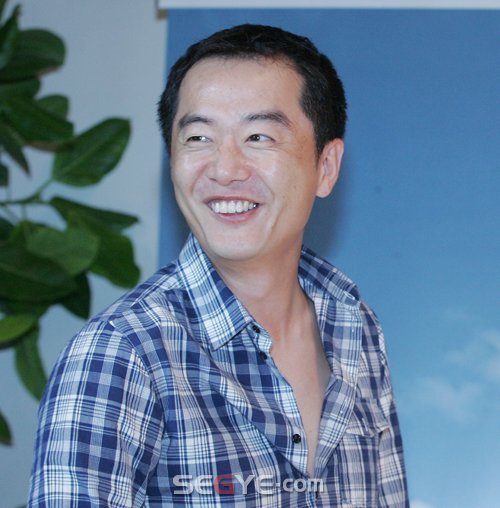 Kim Soo-ro acts as lawyer and husband Min-gyu who loses his laughter after losing wife in director Jang Jin's tenth movie, "Romantic Heaven". He transforms his image from being comic to being a husband full of sorrow.

Kim Soo-ro expressed difficulty in trying to focus on a new character saying, "On the way to the set I had a beer and tried losing the pain in me" at a press preview in Seoul on the 15th.

Director Jang Jin revealed, "Kim Soo-ro had a rough time. The actual Kim Soo-ro couple has a good relationship. Thinking about his wife not being there made it difficult for him".

He added, "I was surprised at the new Kim Soo-ro who is always so lively and cheerful. He doesn't even drink and he told me he would have a beer on the way home. It was fun making a person like him to a different character".

Meanwhile, movie "Romantic Heaven" draws the miracles of parting and meeting someone you love. Min-gyu desperately misses his wife who passed away, Jo-wook (Kim Dong-wook) who wants to find his grandfathers first love, Mi-mi (Kim Ji-won) who wants to spend her lifetime with her loving mother and such.

"Director Jang Jin, "Kim Soo-ro was different than usual""
by HanCinema is licensed under a Creative Commons Attribution-Share Alike 3.0 Unported License.
Based on a work from this source