Director Kim Jee-woon: 'It Is Like Eating Sushi with Less Wasabi' 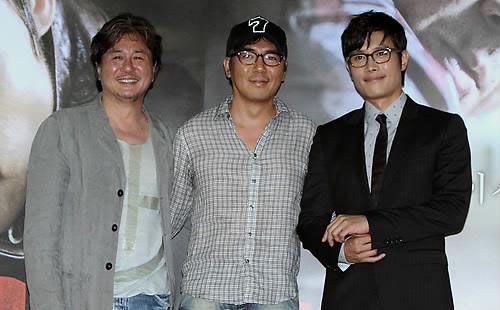 "About one minute and thirty seconds of the movie was deleted. I tried my best not to ruin the flow of the movie as much as possible when I edited and deleted some parts. It is like eating sushi with less wasabi. I think that it lacks a pungent taste, but it still keeps the taste of the raw fish". -Director Kim Jee-woon

Director Kim Jee-woon, who directed the movie "I Saw the Devil", which had aroused controversy as it had been X-rated on the basis that some parts of the movie violate human dignity, explained on August 11 about the process of how the movie could ultimately be rated R by deleting some problematic scenes. He added, "I have produced many movies, but it is the first time that I am so happy simply to be allowed to release one". 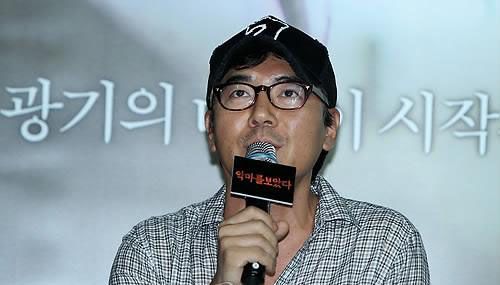 In the press conference held after the preview of the movie in the Megabox in Dongdaemun, he said, "When I deleted some scenes from the original, I worried, 'What if the atrocious revenge became a boring process of revenge?' But, I thought that the deleted scenes generally would not ruin the original composition about the relationship between the two protagonists".

He continued, "I do not know why those scenes, which could be seen in other movies, suddenly became problematic scenes and were requested to be deleted, but I decided to regard it as a good sign. Maybe it was because two actors' acting was too powerful and real, so those scenes were shown as more realistic. If I do not think that way, it might upset me". Kim mentioned other movies such as "Sin City", "Hannibal", and "Watchmen", which contains scenes with human flesh, but had not been rated X, and complained strongly about the evaluation by the Korea Media Rating Board.

The movie "I Saw the Devil" is a story about a special agent in the National Intelligence Service named Kim Soo Hyun (Lee Byung-hun), who lost his fiancée to a cruel murderer, who punishes wicked serial killer Jang Kyung Chul (Choi Min-sik) in horrible ways and at the time, destroys himself by taking revenge on him. As the violent scenes featuring copious amounts of blood continue from the beginning to the end, people with sensitive dispositions might not even be able to watch the movie until the end. Kim said, "I did not make the violence as something to watch, but I made those cruel scenes to express the emotion of a man who attempts revenge with atrocious methods".

About the comment that the violence contained in a movie can be connected to a copycat crime, actor Choi Min Ski said, "A movie reflects reality. It is not too much to say that we are living in a flood of violence". When he had recently visited a film festival overseas, he had seen a heated debate about violent movies and he said that it was very impressive. He added, "If horrible violence already exists in our society, I think that it is necessary to openly talk about the violence like this".

Actor Lee Byung-hun said, "Many people asked me which character represents the devil, but the devil in this movie does not refer to a specific person -- it differs depending on the audience. Usually people feel delighted by watching a movie about vengeance, but this movie is different. Even by watching the movie, people might feel ambivalent about whether vengeance has to be carried out like that".

The movie "I Saw the Devil" was released on August 12.

"Director Kim Jee-woon: 'It Is Like Eating Sushi with Less Wasabi'"
by HanCinema is licensed under a Creative Commons Attribution-Share Alike 3.0 Unported License.
Based on a work from this source