Director Kim Jee-woon will be directing 'Last Stand'... for Hollywood 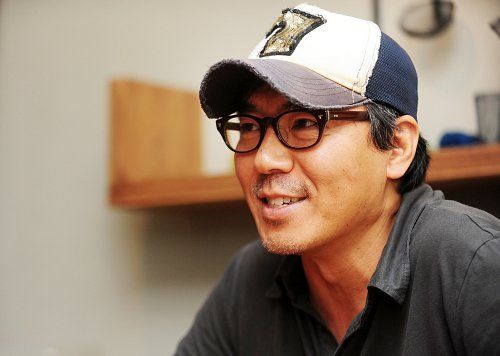 Director Kim Jee-woon's Hollywood entering is at its early stage.

Director Kim, who is famous for 'I Saw the Devil', 'The Good, the Bad, the Weird', and 'A Bittersweet Life', decided to direct Lion Gate's upcoming film, 'Last Stand'.

America's biggest movie information website, 'IMDB', confirmed this information. According to IMDB, 'Last Stand' is will be released in 2011 and will be about 'A drug cartel leader busts out of a courthouse and speeds to the Mexico border, where the only thing in his path is a sheriff and his inexperienced staff'. Lorenzo Di Bonaventura will produce this movie and for the casting, Liam Neeson will be act as a main character.

To the question that Director Kim was asked about his next movie in last August, he answered, "I have a meeting in America about this. I still need to find more about it but I want to do something lighter than 'I Saw the Devil'. Maybe it will be an action film.

Before Director Kim's Hollywood entering, many directors, such as, Lee Doo-yong, Shin Sang-ok got lovecalls. Other than them, Kang Je-gyu, Lee Myung-se, Park Chan-wook, and Bong Joon-ho were got calls from major Hollywood studios, but not certain information has been released.

"Director Kim Jee-woon will be directing 'Last Stand'... for Hollywood"
by HanCinema is licensed under a Creative Commons Attribution-Share Alike 3.0 Unported License.
Based on a work from this source