Director Lee Han of "Punch", "I thought of Kim Soo-hyeon at first" 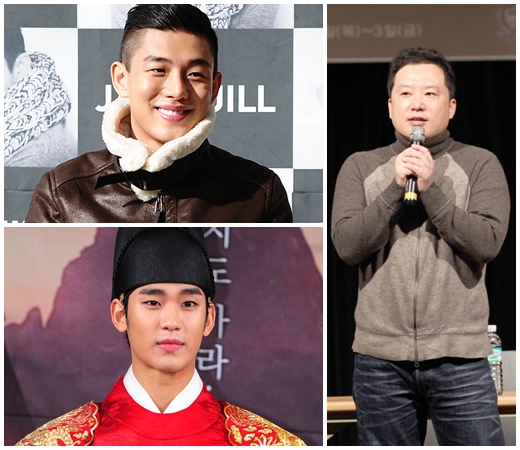 Director Lee Han discusssed a behind-the-scenes story about casting for the movie "Punch".

While lecturing teenagers about the movie "Punch", which has taken in a total of 5,300,000 admissions, at the Seoul Art College on February 2nd, Lee Han told them a few secret stories behind the movie.

He said, "When I was casting for the role of Wandeugi, I actually thought about Kim Soo-hyun from "The Sun and the Moon" first. However, he was in the middle of filming "Dream High" so it didn't work out".

He continued, "Yoo Ah-in is a deep-thinker and timid like Wandeugi as well as being rebellious and I think I made a good decision in my casting".

"The script for "Wandeugi" was edited over 15 times in a period of six months but casting wasn't as difficult as other projects".

Kim Soo-hyun is currently in the drama "The Sun and the Moon" and Yoo Ah-in will come back with the SBS drama "Fashion King" on the 12th of March.

"Director Lee Han of "Punch", "I thought of Kim Soo-hyeon at first""
by HanCinema is licensed under a Creative Commons Attribution-Share Alike 3.0 Unported License.
Based on a work from this source