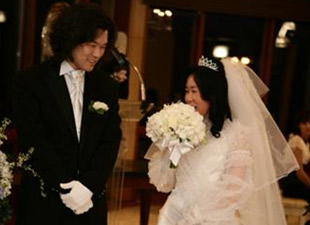 Though it has been a few weeks, recent reports indicate that director Son Moon-kwon has committed suicide on January 21st. Son was known for his lead in the popular drama "New Gisaeng Story", in partnership with his screenwriter wife Im Sung-han.

The director's family reported that Son hung himself near the stairs of his home two days before the Lunar New Year. His wife, Im, was the first to come across his body. The family members also revealed that Im had initially asked them to not let Son's other family members know. However, they felt it was not right to keep such a truth a secret.

Despite the success of the drama "New Gisaeng Story", producer Son dealt with depression stemming from personal family issues involving his autistic son.
Another project was in the works for the director-screenwriter couple, with a drama set to air in the first half of 2012. Son's death leaves the industry wondering what will become of this upcoming production.