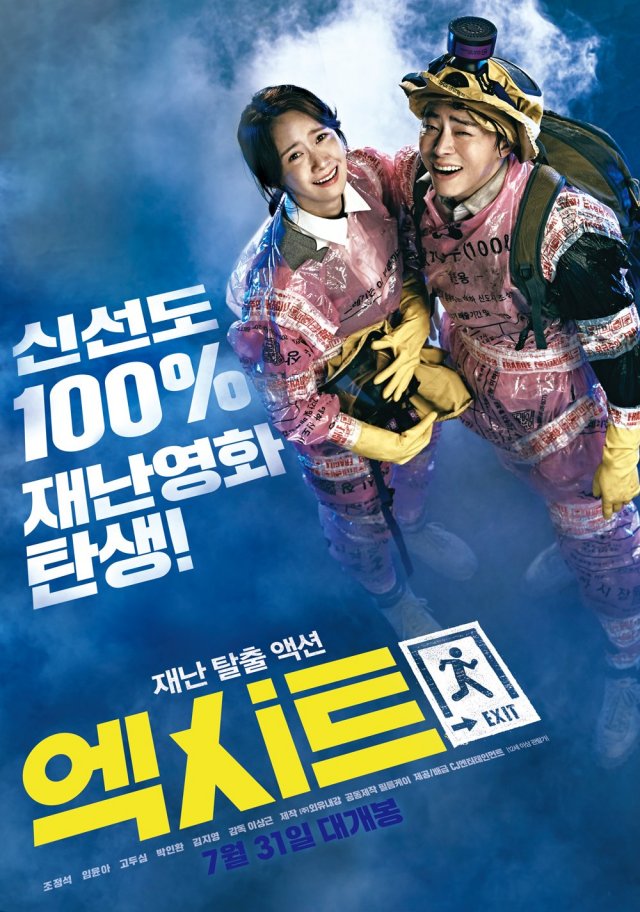 Actors Jo Jung-suk and Yoona's latest film "Exit - Movie" drew over 5 million viewers in less than 2 weeks after its release.

According to the Korean Film Council, the disaster film, released on July 31, continues to draw moviegoers after attracting over 1 million moviegoers in just three days and hitting the 5-millon-viewer mark on Saturday.

The film is about people who attempt to evacuate from a city poisoned by toxic gas.