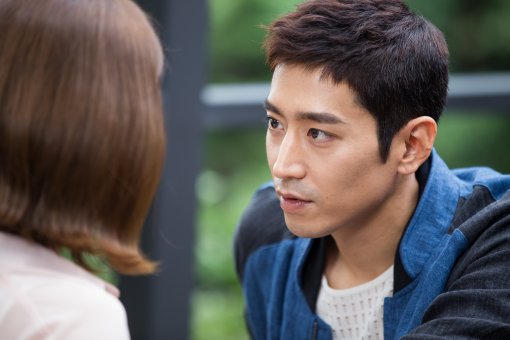 Stills of Eric Mun and Jung Yoo-mi were released recently.

In the role of Kang Tae-ha, Eric Mun is a wild man who is arrogant but when it comes to love, he 's romantic.

However, his 5 year relationship with Han Yeo-reum (Jung Yu-mi) revealed everything about him and she breaks up with him. He doesn't know the exact reason why they broke up.

When he's about to miss her, she comes back to him with another boyfriend named Nam Ha-jin (Sung Joon). However, she's still single and Tae-ha decides to have a go again.

The pictures show a scene where Tae-ha tries to appeal to Yeo-reum. His personality and competiveness surface here.

According to a drama source, Eric Mun is doing well with Kang Tae-ha as if he's found the perfect role for him". Will Kang Tae-ha be able to win Han Yeo-reum over once again?

Meanwhile, "Discovery of Romance" is a mellow romantic comedy being released on the 18th of August.

""Discovery of Romance" Eric Mun"
by HanCinema is licensed under a Creative Commons Attribution-Share Alike 3.0 Unported License.
Based on a work from this source