DMZ Docs 2011 opens with After the Apocalypse 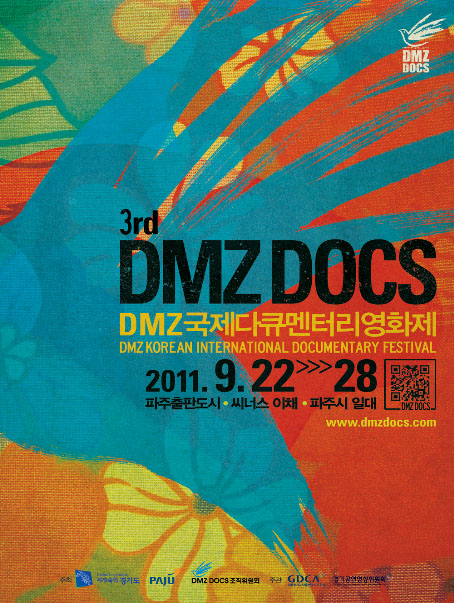 The 3rd DMZ Korean International Documentary Film Festival (DMZ Docs 2011) starts today in Paju, near the Demilitarized Zone (DMZ), with the opening film After the Apocalypse. Showcasing 100 films from 30 countries this year, the festival highlights documentaries that deal with the concepts of peace, life and communication.

Directed by the award-winning filmmaker Anthony BUTTS, After the Apocalypse is about the people living with the after-effects of Soviet-era nuclear testing, including a woman who fights for her right to have a child despite potential birth defects.

The festival has selected 13 films for the international competition which awards a KW22 million cash prize. The 13 films include the premiere of You Don't Like the Truth – Four Days Inside. Based on security camera footage from Guantanamo, the film deals with four days of encounters between Canadian intelligence agents and a child detainee.

The Korean competition section will award KW13 million to one of the eight films that have been selected, while the youth competition has six works vying for a KW1 million prize.

DMZ Docs this year will also hold related special events and cultural exchanges during its seven days. The winner of the international competition will screen as the festival's closing film.

Taking place mainly in the Paju Book City, Ichae Cinus theater and in the environs of Paju City, DMZ Docs is organized by Gyeonggi Provincial Government, Paju City Hall and the DMZ Docs Organizing Committee. It is supervised by Gyeonggi Digital Contents Agency and Gyeonggi Performance and Film Committee.

For more information go to http://dmzdocs.com.

"DMZ Docs 2011 opens with After the Apocalypse"
by HanCinema is licensed under a Creative Commons Attribution-Share Alike 3.0 Unported License.
Based on a work from this source