Do Ji-won and Hong Eun-hee meet 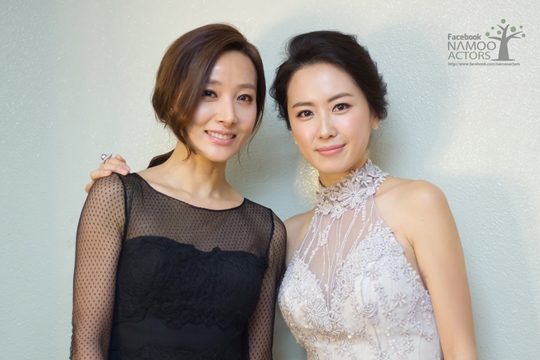 Actresses Do Ji-won and Hong Eun-hee met in a waiting room.

Do Ji-won and Hong Eun-hee were at the "2012 KBS Awards" to present The Excellence Award and The Best Couple Award. The two met in a waiting room and exchanged the season's greetings.

Do Ji-won and Hong Eun-hee look as elegant as ever, They are wearing black and white dresses which are also see-through.

The two actresses showed loyalty in appearing for the presentation despite their busy schedules. Do Ji-won headed straight for Euijeongbu after the awards and Hong Eun-hee had come to the Awards after her evening shoot.

Meanwhile, Do Ji-won is currently starring in the MBC drama "Missing You" as Hwang Mi-ran and she has also been cast for the KBS 2TV sitcom "Feeling Innocent". 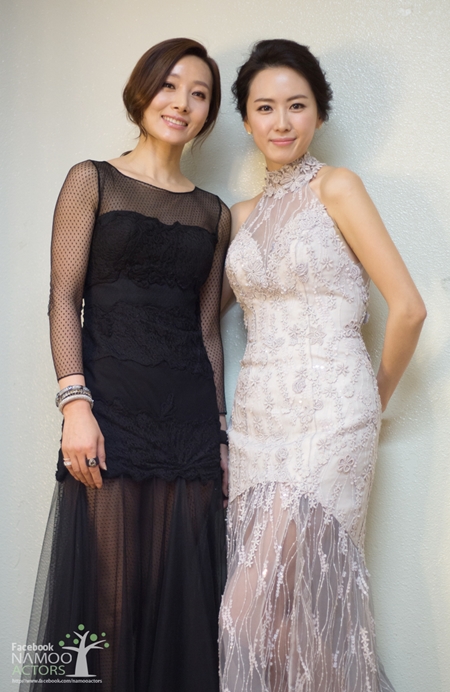 "Do Ji-won and Hong Eun-hee meet"
by HanCinema is licensed under a Creative Commons Attribution-Share Alike 3.0 Unported License.
Based on a work from this source