Do Ji-won presents staff with bread and drinks 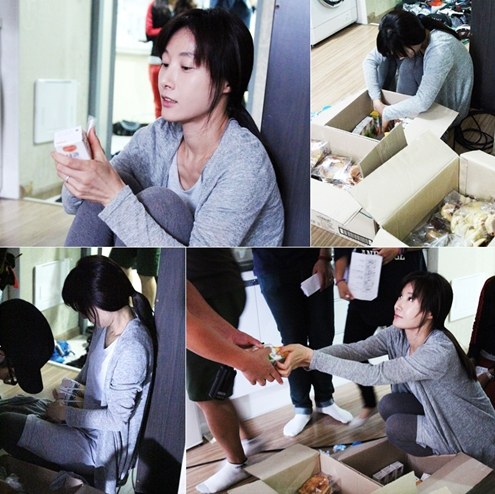 Actress Do Ji-won delivered hand-made snacks to the movie staff.

The official Facebook for Namu Actors revealed pictures of "Entangled" on set.

Do Ji-won prepared about 100 bread and drinks for everyone on site and they were all hand-wrapped by her.

She even handed them out personally to every single staff there.

Apparently, everyone was delighted at this surprise package and were touched by her deep thoughts.

Do Ji-won stars in the movie "Entangled" as a mother named Kim Yeong-ae who has Alzheimer's. She is also starring in the new MBC drama "Golden Rainbow".

"Do Ji-won presents staff with bread and drinks"
by HanCinema is licensed under a Creative Commons Attribution-Share Alike 3.0 Unported License.
Based on a work from this source