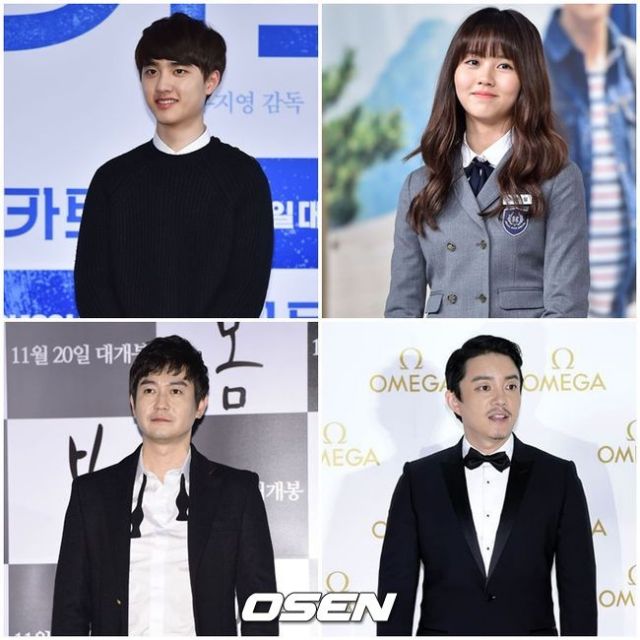 "Pure Love - Movie" has announced on June 24th through an official press release, "Do Kyung-soo, Kim So-hyun, Park Yong-woo, and Park Hae-joon and others have been confirmed for cast".

"Pure Love - Movie" depicts ardent first love story as well as deep friendship among five friends through a letter delivered from rom 23 years ago. This movie is director Lee Eun-hee-I's debut project for a full-length film.

Do Kyung-soo, who has received good reviews for his role in movie "Cart" and drama 'It's Okay, That's Love' and Kim So-hyun, who captured the viewers' hearts for her role in 'Who Are You - School 2015', will be the couple of the ardent first love in the movie.

Park Yong-woo will play Hyung-joon, a DJ of a popular radio program, and Lee Beom-soo will make a special appearance to support the movie with his role Yong-cheol, who will bring out the childhood memories.