Do you remember? The "Descendants of the Sun" Soju models 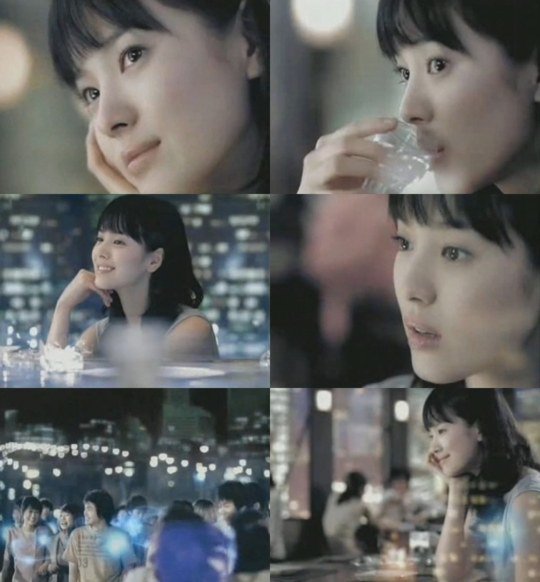 Back then, Song Hye-kyo was drinking Chungha in a Japanese bar. She tasted a shot of Chungha and smiled softly as a blue light appeared on her chest. The blue light then went from people to people which resembled connecting people. The bar became a lively place and Song Hye-kyo narrated, "Chungha's blue light lights up the city and a new story begins". 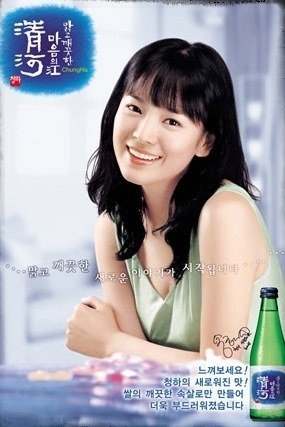 Song Hye-kyo was a star in 2004 for the KBS 2TV drama "Full House". Doosan Chungha chose her as its model. After the first release of Chungha in 1986, the company stopped using models for its ad in 1999 after Park Joo-mi, Lee Young-bum and others. Song Hye-kyo was the first in four years to model for Doosan Chungha again and the response was hot. Song Hye-kyo's unique purity drew the attention of those fans in their 20s and 30s and the brand's sophisticated advertisement was enough to win the hearts of women. Song Hye-kyo's clean and neat image was enough to maximize the concept of the image. 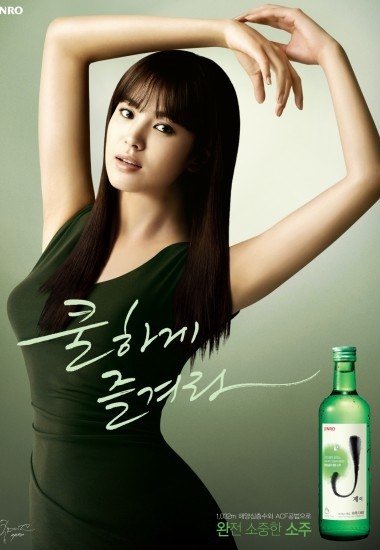 The 'precious' J Soju broke the mould of a noisy and crowded drinking atmosphere with Song Hye-kyo. They created an ad that looked like a stylish fashion show. Song Hye-kyo appeared in the ad, sexy and stylish with her long hair bouncing behind her. The slim and longer designed Soju bottle was also a big hit.

Jinro had said, "Song Hye-kyo helped us to reflect the younger generations tastes in being cool and trendy while being stylish at the same time". 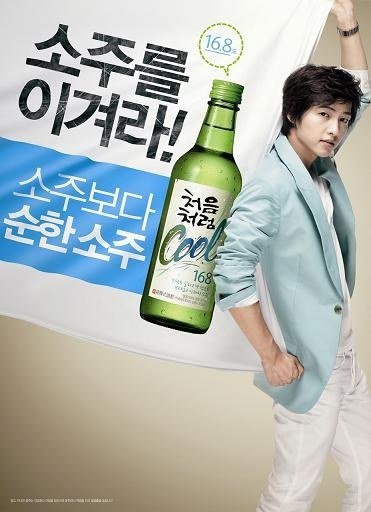 Song Joong-ki who is the man at the moment, was a Soju model 6 years ago. He modeled for Lotte Soju in 2010 with After School's UEE.

It was right before Song Joong-ki starred in the KBS 2TV drama "Sungkyunkwan Scandal". He was just starting to rise as the generations newest faces. 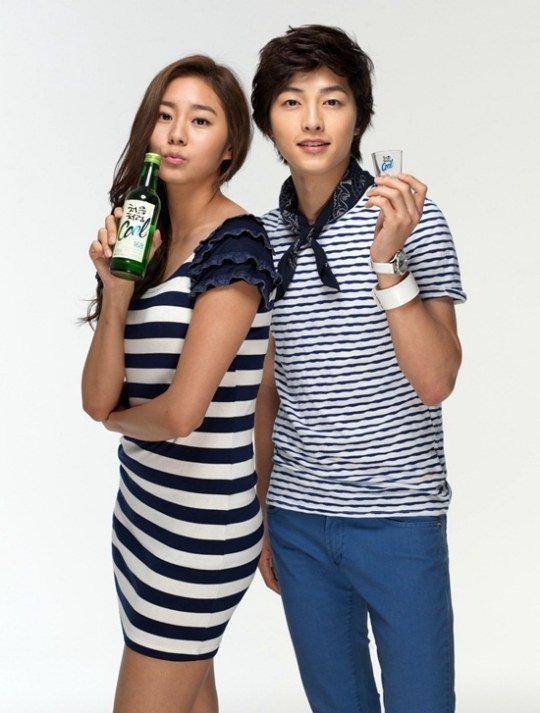 Lotte Soju previously stated, "Song Joong-ki fits the concept of being 'soft and fresh', making the drinking environment a fun and sound one. He also stands well with UEE which is why we decided to double cast them".

Jin Goo was also a Soju model. He appeared in the commercial for Good Day Soju. He was quite different from the Seo Dae-yeong character that he's playing in "Descendants of the Sun". 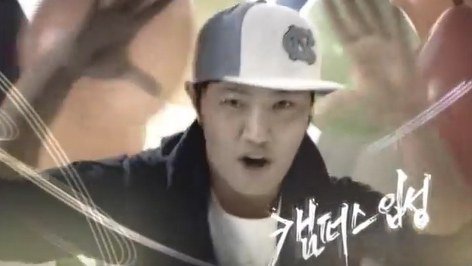 Jin Goo was a university student in the commercial. He had just admitted to school. 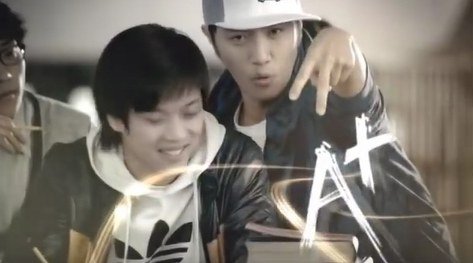 Jin Goo was a good student. 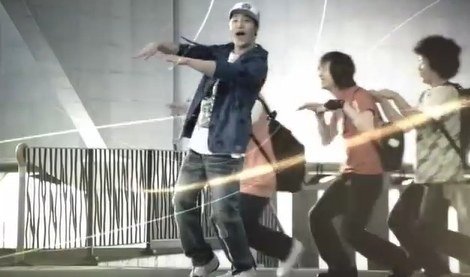 He went on vacation using the scholarship he got from school

He even had relationships with girls on campus 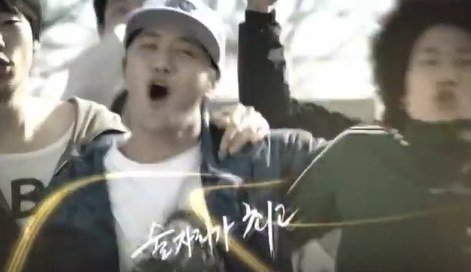 However, above all, Jin Goo loved the drinking sessions he had with his schoolmates

He expressed his joy of drinking with B-Boy steps 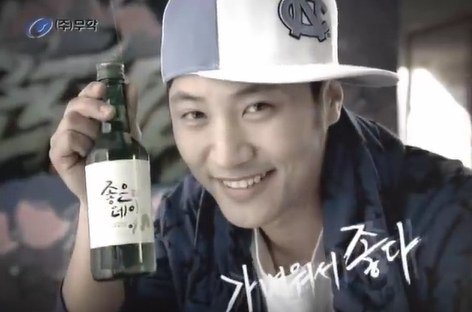 "Do you remember? The "Descendants of the Sun" Soju models"
by HanCinema is licensed under a Creative Commons Attribution-Share Alike 3.0 Unported License.
Based on a work from this source