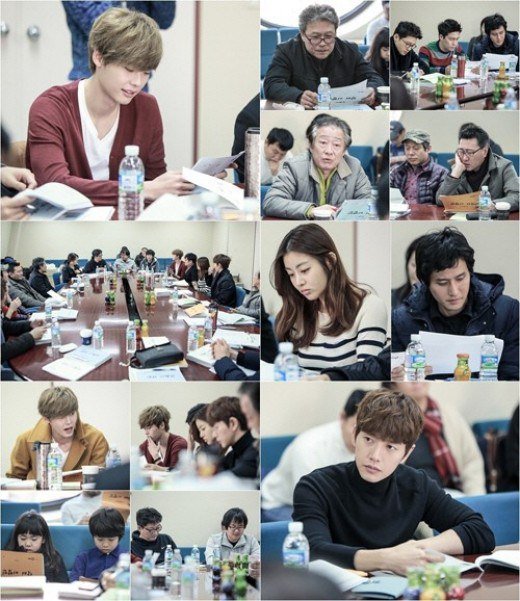 "Doctor Stranger" is about a genius doctor named Park Hoon (Lee Jong-suk) who came from the North and elite doctor Han Jae-joon fighting against a great plot.

Lee Jong-suk in the role of Park Hoon perfectly spoke the Northern dialect and was completely into his character. Lee Jong-suk also stayed back to discuss things with the producer and showed his passion for his work.

In the role of Han Jae-joon, Park Hae-jin concentrated on every single tone of his lines and exchanged eyesight with each of his co-stars.

The drama drew says, "Everyone was full of energy despite it being the first being around each other. We hope everyone is looking forward to the drama".

"Doctor Stranger" is aired on the 28th of April.

""Doctor Stranger" Lee Jong-suk and Park Hae-jin"
by HanCinema is licensed under a Creative Commons Attribution-Share Alike 3.0 Unported License.
Based on a work from this source