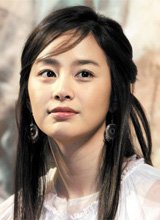 A Seoul district court on Saturday upheld the government's suspension of the license of an ophthalmologist who ran online ads giving the false impression that celebrities underwent surgery at his clinic.

The doctor, identified only by his surname "Uhm", filed a suit against the former health and welfare minister for suspending his license for two months. But the Seoul Administrative Court ruled that the false ads caused confusion among patients in choosing eye clinics.

Uhm featured photos of top actress Kim Tae-hee and other celebrities without their permission on his clinic's website from November of 2008 to February of 2010 making it appear as if they had underwent Lasik eye surgery there.