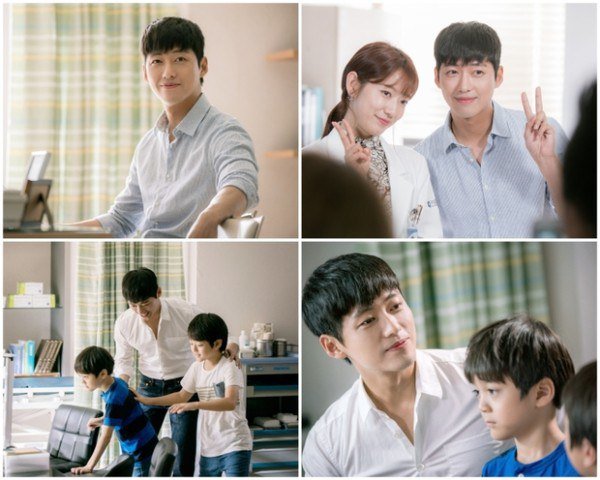 Actor Namgoong Min is making a special appearance in "Doctors" as a father.

He is starring in the thirteenth episode of the SBS drama "Doctors" as a young father who raises two boys without a wife.

In the pictures, Namgoong Min is too good looking to be a father in just a shirt.

He took a picture with Park Shin-hye, holding up a V and in another picture, he's posing wth his 'two sons'.

Namgoong Min actually adored the children on set and played around with them when he could making sure they weren't too tense about the drama.

""Doctors" Namgoong Min and Park Shin-hye"
by HanCinema is licensed under a Creative Commons Attribution-Share Alike 3.0 Unported License.
Based on a work from this source