"Doctors" Park Shin-hye and Lee Sun-ho, serious at work but cheerful during break 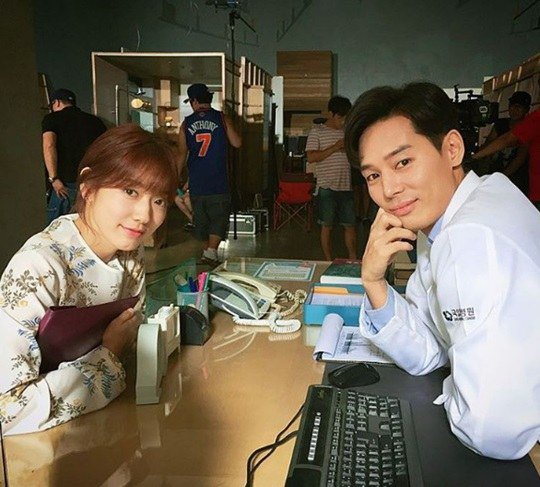 Lee Sun-ho posted a picture of them together saying, "First time we're rehearsing a scene together since the drama started".

In the picture, Park Shin-hye is dressed in casual clothing while Lee Sun-ho is wearing a doctor's gown.

Park Shin-hye and Lee Sun-ho take on the roles of Yoo Hye-jeong and Jeong Pa-ran in the SBS drama "Doctors". The scene they took a picture of is where Yoo Hye-jeong is getting advice from her senior doctor Jeong Pa-ran with her dead grandmother Kang Mal-soon's (Kim Young-ae) surgery records.

"Doctors" can be seen every Monday and Tuesday at 10PM.

""Doctors" Park Shin-hye and Lee Sun-ho, serious at work but cheerful during break "
by HanCinema is licensed under a Creative Commons Attribution-Share Alike 3.0 Unported License.
Based on a work from this source