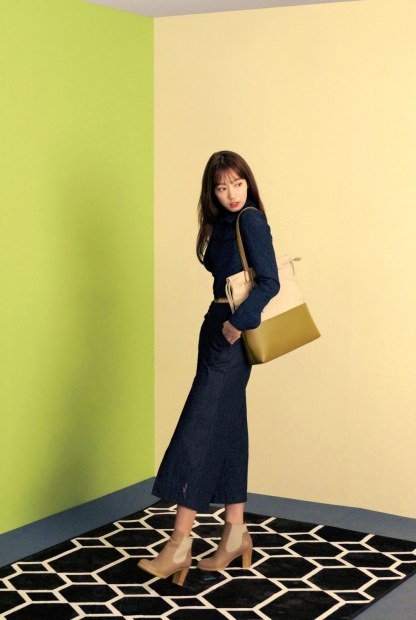 Park Shin-hye in the SBS drama "Doctors" as Yoo Hye-jeong was seen in behind-the-scene cuts.

She was spotted in the middle of an ad for the brand Bruno Magli. Unlike her Yoo Hye-jeong character, Park Shin-hye seemed feminine and innocent.

The actress has been modeling for Bruno Magli for 3 years now. She has good energy and apparently it's easy to work with her.

""Doctors" Park Shin-hye's before-touch-up photo"
by HanCinema is licensed under a Creative Commons Attribution-Share Alike 3.0 Unported License.
Based on a work from this source