"Doctors" Yoon Kyun-sang, "A doctor who's a golden spoon and cold but warm" 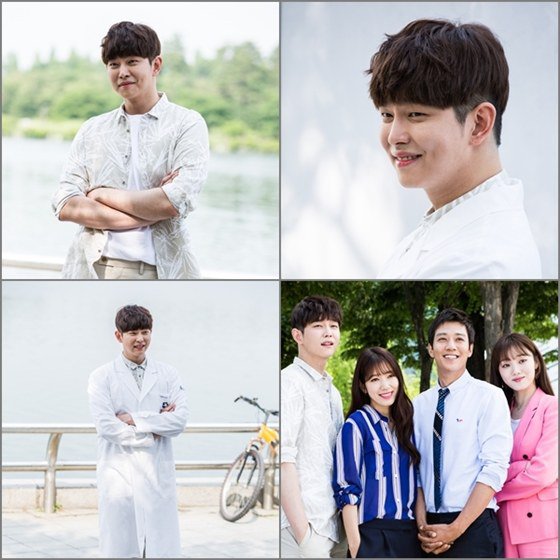 Actor Yoon Kyun-sang revealed that he was attracted to his character from the beginning during an interview.

Yoon Kyun-sang said, "It was tough letting go of "Six Flying Dragons". I always find it hard to let go of dramas I've been in".

About his character of Yoon Do, he said, "He is from a very wealthy family. He was born as a 'gold spoon' (a term used for those born rich). He is also a talented neurosurgeon. He is bad-tempered but sincere so he isn't hated by people. He's even clumsy sometimes. In other words, he's cold on the outside but warm on the inside. He seems blunt but is actually very shy and has a kind heart".

"He is a character I've never done before and it's a character with a professional job so I was really attracted to him from the beginning. I think Yoon Do will help me become a better actor".

"Actually, I'm always nervous whenever I start a new job. "Doctors" has everything from seniors to juniors and can relate with people. There's a lot to learn from this drama. I have a good feeling about it".

Yoon Kyun-sang expects "Doctors" to be the best drama this year. "It's the story of youth; it's sweet and the story is abundant".

"Inside the story there is also competition, romance and conflict. It's dynamic and anyone would understand that the drama is about youth. They will relate easily to this because I know that it's going to be a great mellow, romantic, humanly, medical drama".

""Doctors" Yoon Kyun-sang, "A doctor who's a golden spoon and cold but warm""
by HanCinema is licensed under a Creative Commons Attribution-Share Alike 3.0 Unported License.
Based on a work from this source