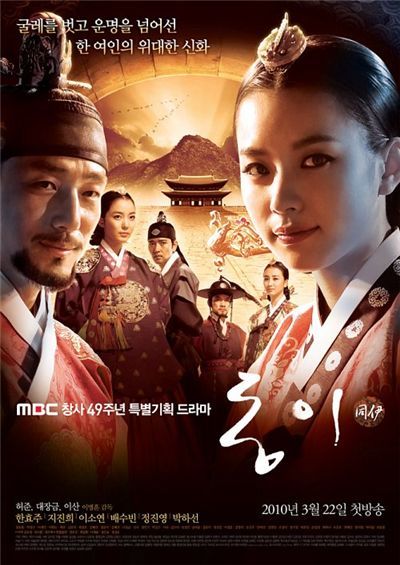 MBC TV series "Dong Yi" continued to bring in high ratings this week, taking the lead in the rivalry amongst shows in the Monday and Tuesday primetime slot.

Research firm TNS Media Korea revealed that "Dong Yi", into its seventh week of showing, recorded an average viewership rating of 22 percent on May 3 and 4, decreasing a slight 0.1 percent from last week.

Statistics released by AGB Nielsen Media Research indicated that the 50-part historical epic brought in ratings of around 20 percent both days, showing a drop of 1.3 percent from its previous two episodes.

This week's show focused on the reunion of Dong Yi (played by Han Hyo-joo) and Chun-soo (played by Bae Soo-bin).

Meanwhile, KBS' "Birth of a Rich Man", starring Ji Hyun-woo and Lee Bo-young, ended its run as the second most-watch Monday and Tuesday TV show with its ratings averaging 15.4 percent on TNS polls and 14.4 percent on AGB chart this week.