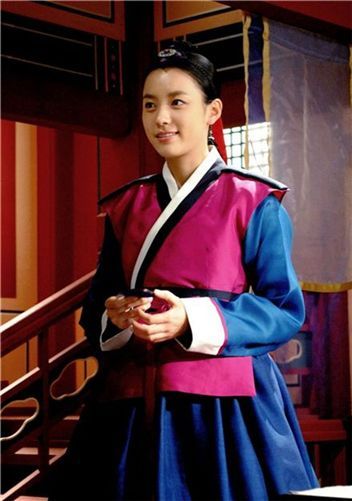 MBC's traditional TV series "Dong Yi" remained the top Monday and Tuesday night drama as its ratings continued to steam forward this week, according to statistics on Wednesday.

Research firm TNS Media Korea revealed that "Dong Yi", now into its sixth week of showing, scored an average rating of 22.1 percent on April 26 and 27 to record its highest rating to date and a 2.7 percent jump from the previous week.

Figures by AGB Nielsen Media Research also showed that the historical drama was no match for other prime time line-up shows, hitting ratings in the 21 percent range on both days this week while gaining 2.6 percent from its previous two episodes.

This week's show focused on how Dong Yi (played by Han Hyo-joo) rose in status to become one of the ladies in the court.

Meanwhile, ratings for "Birth of a Rich Man", starring Ji Hyun-woo and Lee Bo-yeong, decreased slightly to the 13 and 14 percent range on both charts but stayed the second most-watched drama during the same time slot.

"Birth of a Rich Man" follows the story of the Seok-ho (played by Ji Hyun-woo) who goes in search for his biological father.