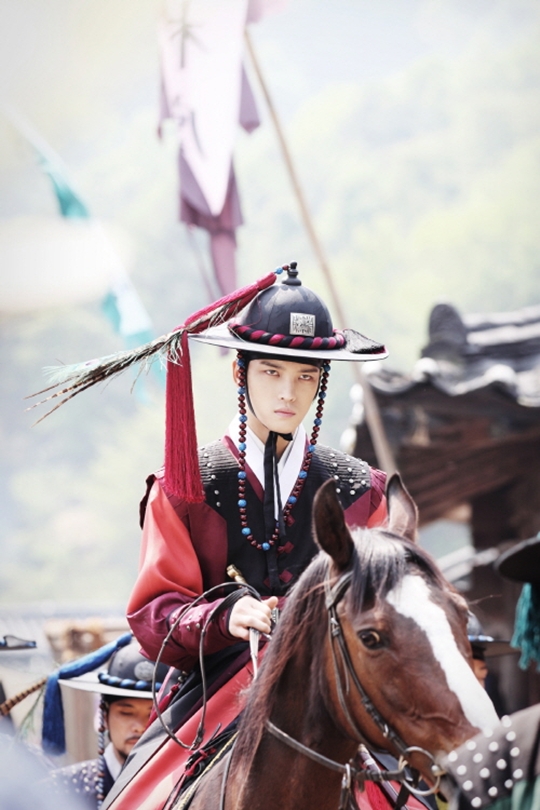 On the tenth episode of the MBC drama "Dr. JIN", viewers' stepped forward to save Kim Kyeong-tak (Kim Jae-joong) who lost his best friend Hong Yeong-hwi (Jin Yi-han) and had nothing else left behind for him.

Fiancé Hong Yeong-rae (Park Min-young) cancelled marriage with Kim and he outraged with despair and anger but put that aside and focused on catching a secret organization. On the day of the palace ball, he noticed the head of the organization who tried to kill his father Kim Byeong-hee (Kim Eung-soo) and chased after him after having shot him.

After a tense sword fight, the face revealed under the ripped mask was no other than Yeong-rae's brother and his best friend Hong Yeong-hwi. Trembling with shock, Kim Kyeong-tak didn't shoot his best friend but fired his gun into the air.

He lost his best friend even before he could recover from losing his lover he waited 20 years to marry. Netizens say, "Make it 'timeslip Kim Kyeong-tak'", "He lost everything he had, this is unbelievable", "Make him a couple with Chun-hong at least", "Poor thing" and more.

Kim Jae-joong claimed, "I haven't seen the scene with Hong Yeong-hwi yet. It was the saddest scene I've ever made".

""Dr. JIN" Kim Jae-joong"
by HanCinema is licensed under a Creative Commons Attribution-Share Alike 3.0 Unported License.
Based on a work from this source