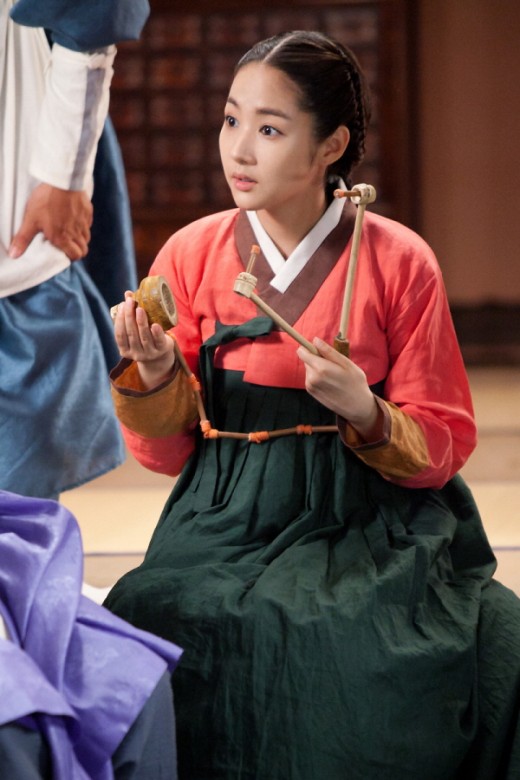 Park had been idolizing genius doctor Jin Hyuk (Song Seung-heon) from the 21st century as she watched him struggle to save lives and displayed determination when she jumped into fire to save the penicillin, also showed herself as the righteous person who knew how to treasure other lives and increased expectations on the character of Hong Yeong-rae.

The true change of heart in Hong who learned medical skills from over Jin Hyuk's shoulders can be seen in the picture that was revealed today (22nd). Park is holding a stethoscope that is made out of bamboo with her eyes wide open and on the start of getting a step closer to truly understand medical science.

Seemingly soft and delicate but more strong-headed than anyone else, Park is beautifully building the character of Hong and netizen's say, "She makes the character shine 200%", "She's so multi-talented", "I can't wait to see her grow up watching Jin Hyuk" and more.

Actress Jung Hye-sun made a special appearance as Queen Jo who was unrevealed at the end of the eighth episode last week. "Dr. JIN" will be aired on the 23rd at 9:50PM.

""Dr. JIN" Park Min-young holds the ancient stethescope"
by HanCinema is licensed under a Creative Commons Attribution-Share Alike 3.0 Unported License.
Based on a work from this source