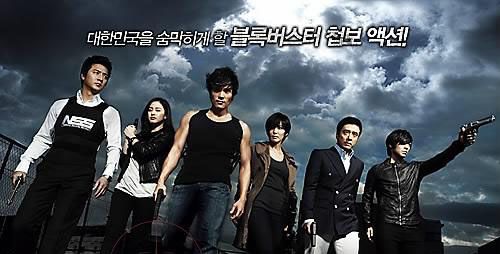 The action blockbuster drama "IRIS" has been spotlighted as it has broken new ground for Hallyu in Japan.

The drama has been recorded as the first Korean drama scheduled to be aired in prime time on Japanese terrestrial TV, and the flight route between Akita and Seoul--which was about to be eliminated--has been reinstated, as the place where the drama was filmed gained popularity as well. Also, many Japanese local governments competitively wanted to support the second season of the drama "IRIS" as soon as it became known that a second season would be produced. In addition, the OST concert of the drama was a great success. In this way, the drama has created great influence a little bit at a time.

The drama "IRIS" has been broadcast at 9 pm every Wednesday on TBS terrestrial TV beginning from April 21. It was the first time in 15 years that a foreign drama has been scheduled to air in prime time after the American drama "X Files" was aired at 8 pm on Asahi TV. As a Korean drama, it was the first splendid achievement. 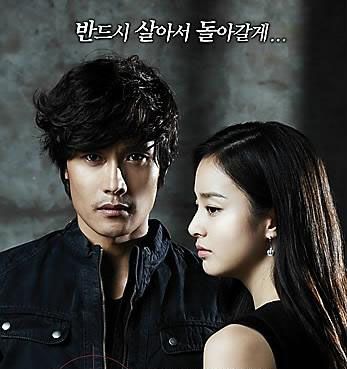 The production company, Tae Won Entertainment, announced in a statement on June 10, "It is like broadcasting a Japanese drama at 9 pm on terrestrial TV in Korea. Even people in Japan regard this as the most unconventional event, and it is true that people look at with envy".

The viewer ratings of the first episode recorded 10.1% and since then it has maintained approximately 8 percent of viewer ratings. It ranked in fourth place following the drama "Rincho" on Asahi TV, "The Best House 123" on Fuji TV, and "News Watch 9" (11.3%) on NHK. Some people in Japan think that "IRIS" falls short of expectations, but the production company explained that TBS has evaluated that the drama is putting up a good fight against Japanese programs. The drama "Prosecutor Akakabu in Kyoto", which had been aired at the same time before "IRIS" began to be broadcast, achieved only 6.1 percent of viewer ratings on average, so TBS is satisfied with the viewer ratings of "IRIS". 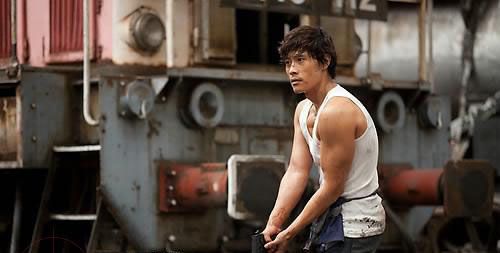 According to a spokesperson of the production company, production director Yoshino, who has taken charge of "IRIS", said, "Production staff members of TBS are satisfied with the viewer ratings of "IRIS" up to this point. In the case of American dramas, such as 'CSI' and '24', they were aired at night time in Japan and they only achieved less than 4 percent viewer ratings". He continued, "Even under the condition that the drama "IRIS" is dubbed and cannot fully deliver the feelings of the original drama, it has maintained 8 percent viewer ratings thanks to its various spectacles, fast-moving plot, and new interpretation of the spy action genre. The ratings prove that those factors attracted Japanese viewers".

TBS had actually begun airing "IRIS" on its satellite channel, CS Channel, before it began airing it on a terrestrial channel. According to a spokesperson of the production company, the drama "IRIS" is breaking records every day on CS channel's viewer ratings for the drama as it achieved 4.5 percent viewer ratings in all parts of the country and 6.8 percent in the Kansai region. The person also explained that the average viewer ratings for dramas that were broadcast on CS Channel was less than two percent.

TBS's production director Yoshino said, "Male office workers and young viewers, who cannot watch "IRIS" on the terrestrial channel at 9:00 pm, are watching the drama on a satellite channel instead. As it successfully attracted male viewers and young viewers, it is expected that "IRIS" might be able to initiate the second Hallyu boom in Japan".

◇ Reviving the flight route between Akita and Seoul 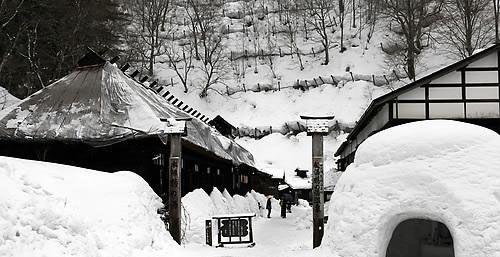 The Japanese newspaper Asahi Shimbun reported an article on April 21 that "IRIS" contributed to reviving the flight route between Akita and Seoul.

The flight route between Akita and Seoul had begun operating from 2001 as the only international flight at Akita airport. But, the boarding rate of the flight was less than 50 percent and it was on the verge of elimination. But, thanks to the popularity of "IRIS", the number of passengers using the flight between Akita and Seoul has increased rapidly and has recorded the highest boarding rate since last November.

This January, the number of people who used the flight route between Akita and Seoul was 6,075 people and it actually doubled in number compared to the same period last year. Among 6,075 passengers, Korean tourists accounted for 4,819 people. As passengers were increased, The Korean Air even organized a special airliner with 300 seats to shuttle passengers.

"IRIS" was filmed in 22 regions of Akita, regions with heavy snowfalls during winter, to take beautiful scenery of snow. The Asahi Shimbun released an analysis by saying, "The situation in which many Korean tourists are visiting Akita is the same situation during which many female Japanese tourists visited Chuncheon in Kangwondo, where Bae Yong Joon's 'Winter Sonata' had been filmed". 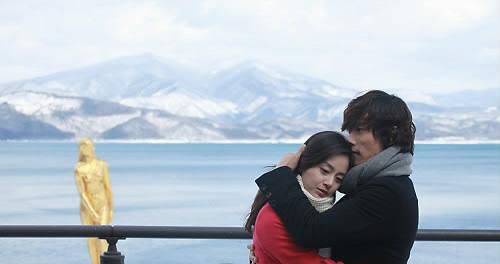 Thanks to the above-mentioned influences of "IRIS", Japanese local governments are rushing to show their interest in supporting Korean drama production. When the drama "ATHENA" decided the filming location, six Japanese prefectures including Tottori Prefecture applied for the selection and competed for it, and the Tottori Prefecture was finally chosen as the filming location. Japanese local governments who are trying to attract tourists to their regions are considering participating in production of Korean dramas in many ways.

A representative of production company Bloom, Yoon Min Soo presented his opinion by saying, "After the drama "IRIS" was filmed in Japanese tourist attraction, many Japanese production companies are highly interested in Korean dramas filming in Japan. They seem to actively review the methods to invite Korean dramas. As Korean dramas have gained huge popularity all over the Asian countries, they think that if they can successfully attract Korea dramas to film in their regions, they might be able to attract many tourists not only from Korea, but also from other Asian countries"

"Drama 'IRIS' To Create New Hallyu Boom in Japan"
by HanCinema is licensed under a Creative Commons Attribution-Share Alike 3.0 Unported License.
Based on a work from this source