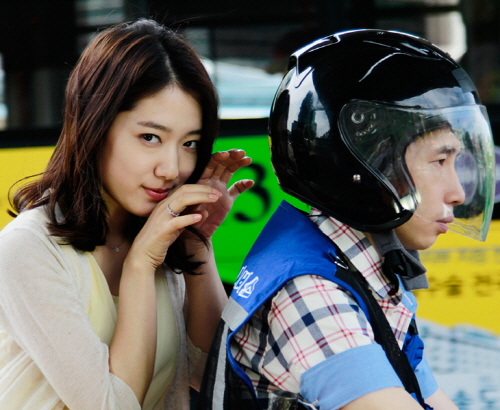 According to 4HIM Entertainment, Park is starring in the new KBS 2TV drama "Drama Special - Don't Worry, It's a Ghost" as Yeon-hwa the loveable ghost.

Along with Moon-gi (Bong Tae-gyu) Park Shin-hye is about you show everyone what being a cheerful ghost is about.

In the still cut revealed on the 6th, Park is sitting behind Moon-gi on a motorcycle and posing playfully as a ghost.

""Drama Special - Don't Worry, It's a Ghost" Park Shin-hye"
by HanCinema is licensed under a Creative Commons Attribution-Share Alike 3.0 Unported License.
Based on a work from this source