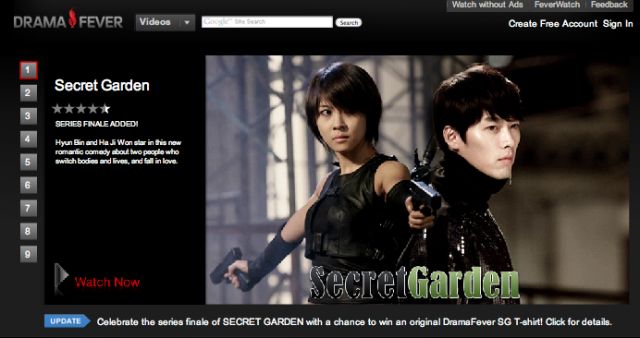 If you are in the United States and you have a yearning for Korean dramas, what better destination is there than the DramaFever.com website? Since its founding in August 2009 by co-founders Suk Park and Seung Bak, DramaFever has become the largest online provider of Korean TV dramas, all with English subtitles, and one of the leading distributors of Asian entertainment in North America. It is content partners with many TV firms, including major Korean broadcasters KBS, MBC, and SBS. Last year in May it also signed a content partnership with online video service hulu.com. And mid-December 2010 it received the DARI Award for Korean Business Of The Year.

Who is behind DramaFever? It is an "eclectic bunch", as the website states, of people who had successful careers in McGraw-Hill Companies, Ogilvy & Mather, Japan Society, Morgan Stanley, and others. Together, they share an interest in Asian dramas. Funding comes from a group of angel investors in New York City, were DramaFever is also located.

Officially DramaFever is for Asian TV dramas from Korea, Japan and China. One contract is with Asahi TV, a major Japanese television station. But the Korean TV drama is by far the most accomplished in the Asian region. And you have two million Koreans in North America, ready to watch your content, not to mention the growing number of non-Asian visitors to Dramafever. And, according to recent news reports, expect some more content from across Asia, as well as variety TV shows, movies, and music videos.

DramaFever is free. The site is run by ads from a group of sponsors. The DramaFever Premium accounts costs $4.99 a month ($39.99 a year), so that your drama experience is commercial-free.

At the time the partnership with hulu.com was announced, co-founder Suk Park stated: "Asian content has wide appeal internationally and is growing in popularity among non-Asian audiences. People are curious about what's popular in the East or want alternatives to traditional TV programming. We created DramaFever to make the best of Asian entertainment more accessible to mainstream American and Canadian audiences". 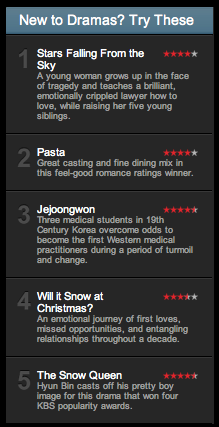