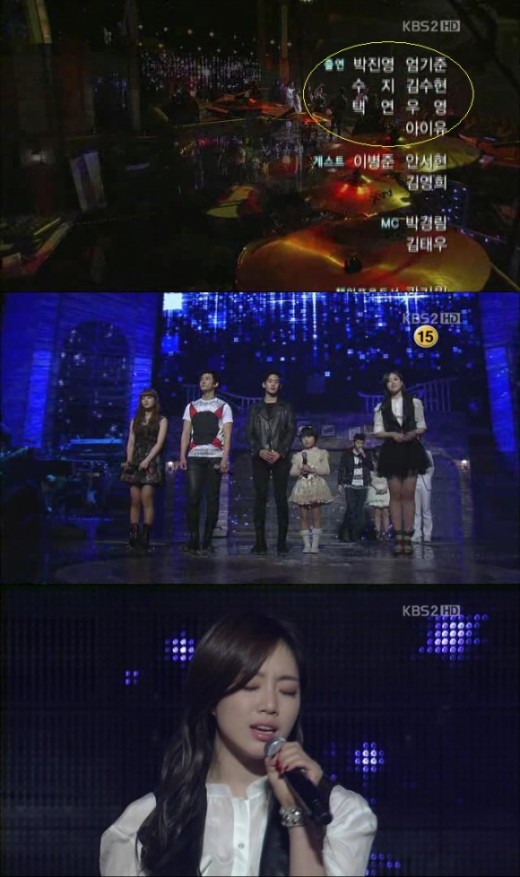 Words of censure filled the bulletin when Ham Eun-jung's name, who played Yoon Baek-hee in the KBS 2TV "Dream High" wasn't listed in the ending credit of "Dream High Special Concert" on the 1st.

However, for some reason only Ham Eun-jung's name wasn't on the ending credit and made viewers wonder. Even the guests and MC's names were on there but not hers.

Viewers criticized, "This is displeasing as a fan despite how busy things are"., "The staff should explain why her name isn't on there"., "This is an unacceptable mistake".

Besides this, the concert was below expectations as the cast didn't get enough practice and viewers show disappointment, "Great boast and small roast", "The impression of the drama has faded".

""Dream High Concert", ignores Eun Jeong? Ending credit issue"
by HanCinema is licensed under a Creative Commons Attribution-Share Alike 3.0 Unported License.
Based on a work from this source