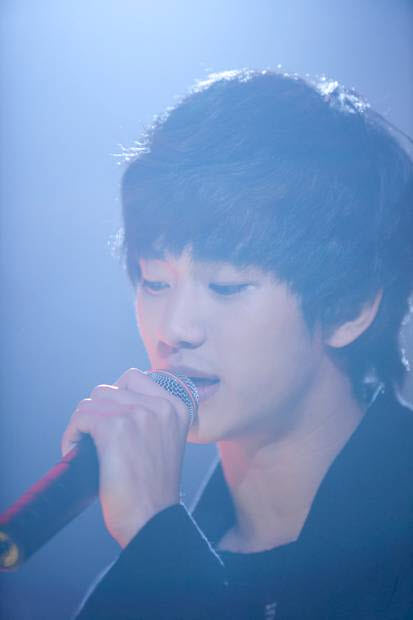 Actor Kim Soo-hyun from KBS 2TV drama "Dream High" made his dream come tre in real life as well. He is personally singing in a music program.

Kim Soo-hyun will sing "Dream High's" OST "Dreaming" in "Mnet Countdown". This song became an issue when he sang it in the "Dream High Special Concert". This will be the first time he's sung it himself in a music program.

According to his management, he thought of a way to return the favor of all the popularity he got from singing the song and he suggested appearing in a music program. Coincidently "Mnet Countdown" was looking for a way to blend in the popularity of the OST in the program and they decided to put him on the show.

Kim Soo-hyun's debut (?) stage will be broadcast this coming 17th around 6 PM.

""Dream High" Kim Soo-hyun, surprise performance in "Mnet Countdown""
by HanCinema is licensed under a Creative Commons Attribution-Share Alike 3.0 Unported License.
Based on a work from this source