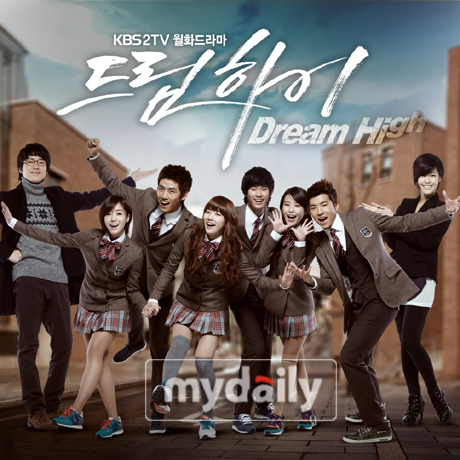 According to AGB Neilson Media Research on the 19th, the episode of "Dream High" on the 18th recorded a 15.8% national average.

This is 0.3% more than the 15.5% it made on the 17th. The small rise in viewer ratings every episode has made it the best in its time frame right now.

"Dream High" attracted many people's attention with 2PM Tacyeon, Miss A Suzy, T-ara Ham Eun-jung and more idol stars in its cast. Their acting was at first criticized, but as the drama goes on, their acting also seems to be getting comfortable.

It's also giving pleasure to the eyes and ears as it is full of dancing and singing. However, those dramas on air at the same time SBS "ATHENA" recorded 13.9%, but "Queen of Reversals" was replaced by the soccer game.

""Dream High" permanent 1st place?...best of 15.8%"
by HanCinema is licensed under a Creative Commons Attribution-Share Alike 3.0 Unported License.
Based on a work from this source