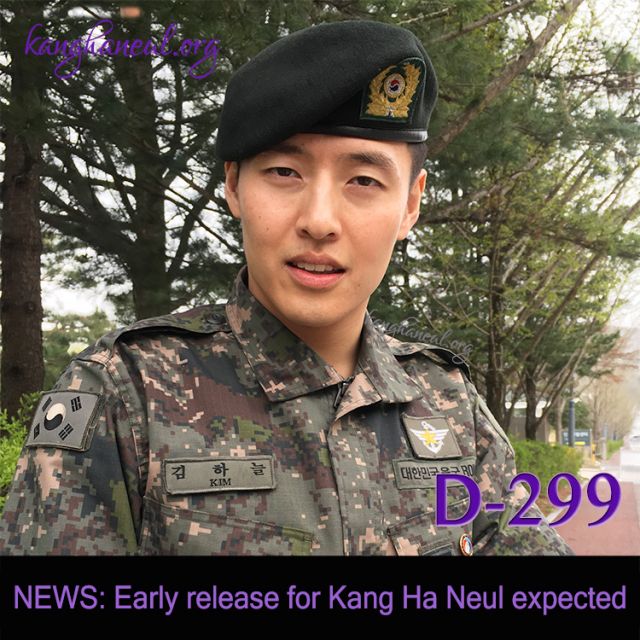 Korean actor Kang Ha-neul, who is currently serving as an active duty soldier might be discharged 18 days earlier than expected!

On July 27, the Republic of Korea's Ministry of Defence submitted its comprehensive reform plan, Defense 2.0 to President Moon Jae -in. Under this reform plan is the reduction of the duration of mandatory military service by two or three months by end of 2021.

The process will affect soldiers that enlisted from January 3, 2017, therefore those who are currently in service will possibly be discharged earlier.

Once this plan is approved by the President, service period for soldiers in the army and the marine corps will be shortened to 18 months from the current 21 months; service length for navy servicemen will be cut from 23 months to 20 months; and air force troops will serve for 22 months instead of the usual 24 months.

According to a press release issued by the Ministry, the reduction of length of service will "minimize the pressure on South Korean male citizens to enlist, by reducing the time they must spend away from their educational endeavors or careers. The shortened enlistment periods will allow the male citizens of South Korea to return to the society earlier and contribute as part of the national manpower".

For Kang Ha-neul, who enlisted as a military police officer on September 11, 2017, enforcement of Defense Plan 2.0 would mean that his discharge will advance by 23 days according to the chart released by the Military Manpower Administration. Therefore, his new release date would be May 23, 2019 instead of June 10, 2019. 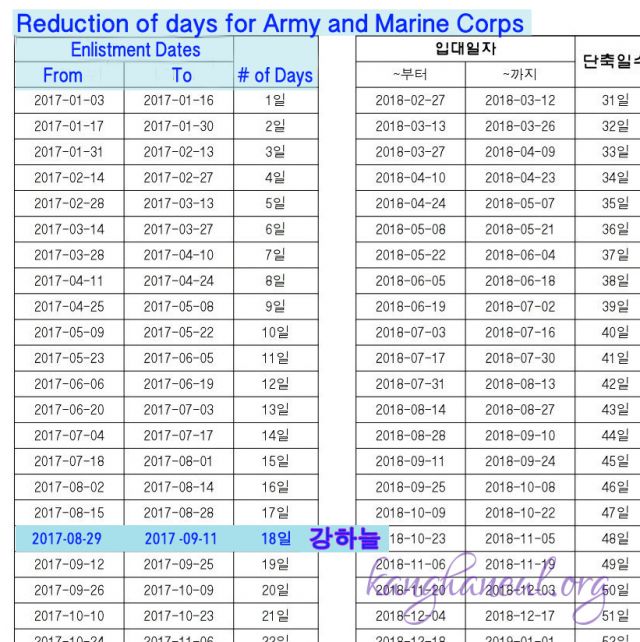 Meanwhile, Kang Ha-neul is currently preparing for military musical "Shinheung Military Academy" which will be performed from 9 to 23 September at National Museum of Korea's Theater Yong. The musical will also feature fellow celebrity soldiers Ji Chang-wook and Kim Sung-kyu.

"Early release for actor Kang Ha-neul anticipated"
by HanCinema is licensed under a Creative Commons Attribution-Share Alike 3.0 Unported License.
Based on a work from this source