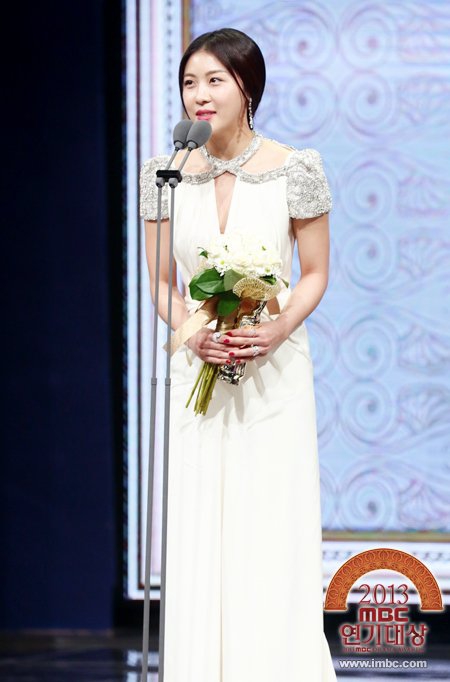 Ha Ji-won became the winner of the MBC Grand Prize.

Ha Ji-won received the highlight of the 2013 MBC Acting Awards that was held in Yeouido on the 30th.

She's currently playing the lead role in the MBC drama "Empress ki" as Ki Seung-nyang and is responsible for the leading MBC ahead of others. She won the most honorable award of the night.

Ha Ji-won manages to pull off mellow, action and comedy acts in the drama about a woman who was taken to the Yuan Dynasty as a court lady and somehow made her way up to empress. She's managed to take the drama to the top of the list and has shown amazing team work as well.

This is Ha Ji-won's second Grand Prize. She's already won it twice in 2006 for "Hwangjin-i". She was nominated for Grand Prize with "Secret Garden" last year but was beat by Go Hyun-jung from "Daemul - Big Thing".

Ha Ji-won was listed for 'this year's Actress Award' and 'the most Popular Award' selected by the viewers. It's like she's been acknowledged as one with contributiveness, acting skills and popularity.

The drama itself was also on fire on this day. Other than the three awards given to Ha Ji-won, the drama collected 7 other trophies and made it a day. Joo Jin-mo in the role of the king won the Best Actor in the special edition category, Ji Chang-wook in the role of Ta Hwan won the Great Acting Award and Baek Jin-hee in the role of Tanasili won the Rookie Actress Award. The writers Jeong Kyeong-soon-I and Jang Yeong-cheol won Best Writers.

Lee Seung-gi the MC also stood out. He played the role of half-man half animal in the drama "Gu Family Book" and won the Best Acting Award in the Mini Series Category as well as The Most Popular Actor and Best Couple. Suzy, Lee Seung-gi's MC partner also took home two awards.

This Year's Drama Award went to "A Hundred Year's Inheritance". It was the only one with the highest percentage this year. It was written by Koo Hyeon-sook who won the Best Writer and Lee Jung-jin was given the Best Actor in Soap Opera Category. Actress Park Won-sook was given the Achievement Award.

This year's MBC Awards divided the dramas into 3 categories; mini-series, special edition and soap opera within which an Outstanding Award and Grand Prize were given out for each. 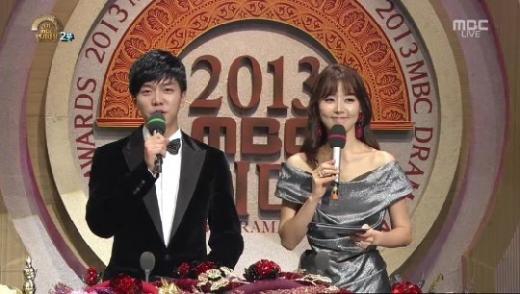 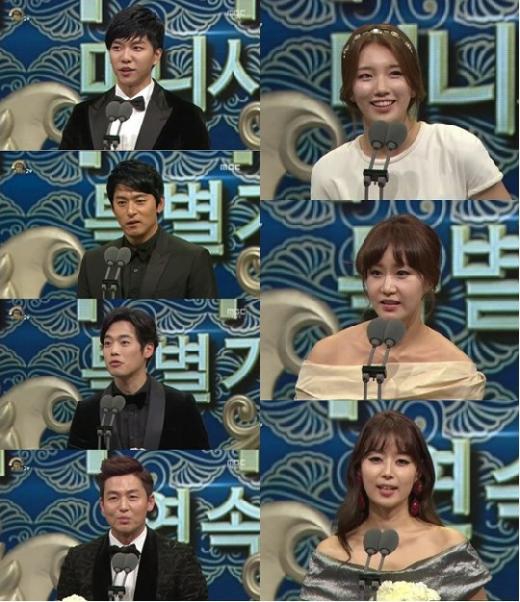 ""Empress ki" Ha Ji-won gets the MBC Grand Prize"
by HanCinema is licensed under a Creative Commons Attribution-Share Alike 3.0 Unported License.
Based on a work from this source