"Empress Qi" Kim Seo-hyung in love with her script 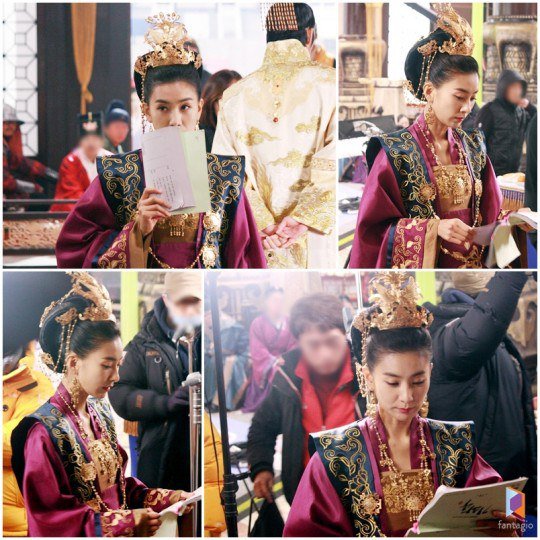 Behind the scene shots were revealed on the 24th. While Kim Seo-hyung wears Queen Hwang's costume, she can be seen holding her script during a break or whenever else she has the chance.

Kim Seo-hyung is checking every detail of her line and gestures to become the charismatic Queen Hwang that she is.

Kim Seo-hyung is currently in a conflict with Ki Seung-nyang (Ha Ji-won).

""Empress Qi" Kim Seo-hyung in love with her script"
by HanCinema is licensed under a Creative Commons Attribution-Share Alike 3.0 Unported License.
Based on a work from this source