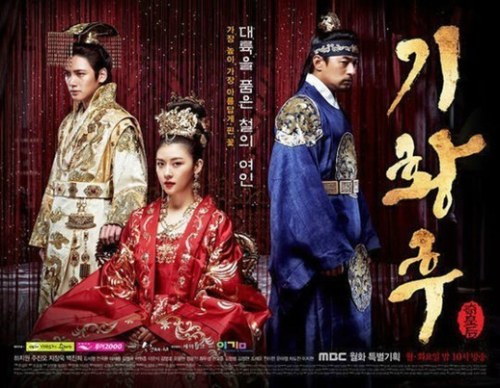 MBC "Empress Qi" came in first despite the slight fall in percentage.

According to Nielsen Korea on the 4th, "Empress Qi" on the 3rd rated 23.9% which is 1.0% lower than the previous episode.

Gi Seung-nyang (Ha Ji-won) was bulled by Tanasili (Baek Jin-hee). She ordered Gi Seung-nyang who was late for discipline class to recite the contents of the lesson. Although she did so, she was locked up in the library in just her undergarments but Gi Seung-nyang held on with clenched teeth.

Apparently, the drama is going to revolve quickly from now on with Gi Seung-nyang taking her official revemge.

""Empress Qi" takes the throne"
by HanCinema is licensed under a Creative Commons Attribution-Share Alike 3.0 Unported License.
Based on a work from this source