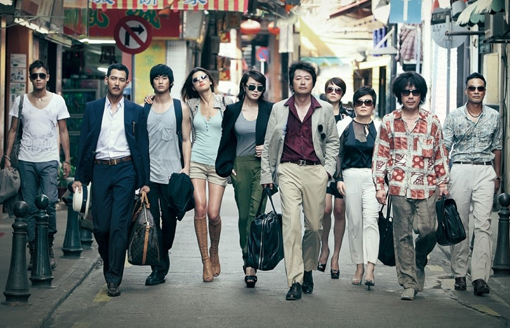 There is an issue about the new record made by "The Thieves".

Show Box revealed on the 2nd, "In the company standards, the movie went over 13,020,393 and beat "The Host" of 13,019,740 in 2006". However, according to the Korean Films Commission, "The Thieves" gathered a number of 12,973,390 until the 2nd. If this is true, "The Thieves" hasn't jumped over "The Host" yet. This means Show Box has included the numbers from the theaters that haven't signed in with the KFC. KFC claims, "99.9% of all theaters in Korea have been signed in with KFC from the year 2012 onwards". Considering that the theaters not included are very low, the issue with "The Thieves" can only be brought up. It has also bought unfavorable claims that it takes over more than 100 theaters during the week when there is not many audiences.

"[Entertainment News Station] "The Thieves" caught in issue for summing up audience"
by HanCinema is licensed under a Creative Commons Attribution-Share Alike 3.0 Unported License.
Based on a work from this source