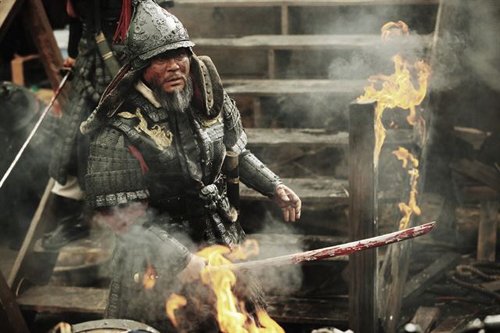 There were no losers in the battle between epic historical blockbusters this summer. "KUNDO : Age of the Rampant", "The Admiral: Roaring Currents" and "Pirates", released one week after another from July 23, were all impressive.

The film industry and Korean fans were all interested to see if these blockbusters would become box office hits. All three of them cost as much as W15 billion (US$1=W1,018) to produce, while Korea's top film distributers -- Showbox, CJ E&M, and Lotte Entertainment -- were all involved in the production. They were set during the Chosun Dynasty and featured star-studded casts that included top stars Choi Min-sik, Ha Jung-woo, Gang Dong-won, and Son Ye-jin.

The outright winner so far is "The Admiral: Roaring Currents", which has become the biggest box office hit in history. The film shattered every record in the book, as it attracted millions of viewers in the shortest time ever. As of Tuesday it surpassed the 15 million mark in less than three weeks since its release on July 31. 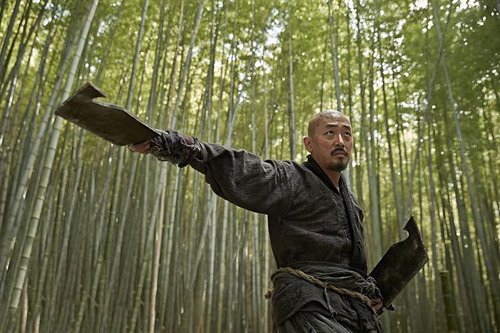 "KUNDO : Age of the Rampant"

The other two films are faring well enough. "KUNDO", which was released one week before "The Admiral: Roaring Currents", lured 4.86 million viewers as of Monday, and surpassed its break-even point of 4.7 million viewers.

"Pirates", which was released one week after "The Admiral: Roaring Currents", had gloomier prospect of success after the sweeping popularity of the latter. However, it has attracted over 4 million viewers in just 12 days since its release. 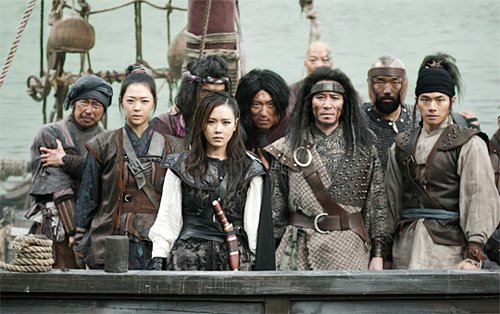 It is rare to see all the blockbusters released at around the same time to become hits. During the summer peak season for cinemas, there are usually more films to choose from and it makes it difficult for a single movie to dominate. According to the Korea Film Council, the number of those who watched movies in theaters was 19.87 million in July, up 1.05 million from a year ago.

The three films were surprisingly different despite sharing similar historical themes. "KUNDO" was an action movie, "The Admiral: Roaring Currents" a serious war drama and "Pirates" an adventure comedy.

The variety in genres may be the reason for their success this summer.