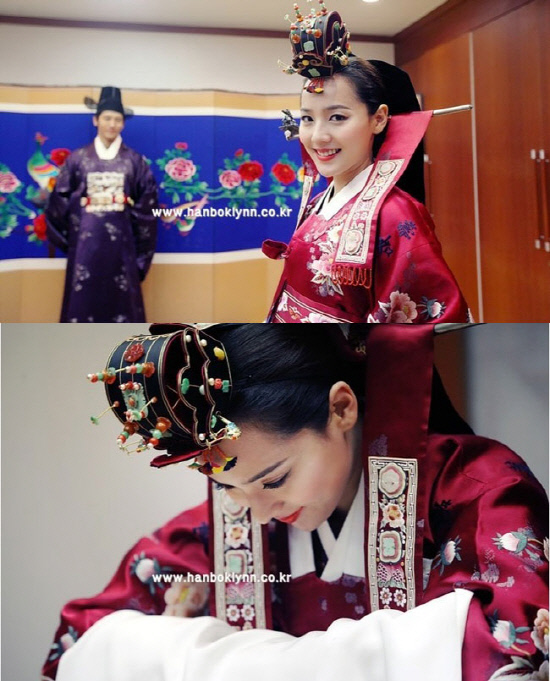 Actress You Jin's Pyebaek pictures have been released.

The beautiful pictures of Ki Tae-young and Eugene were posted on a blog on the 20th. Eugene is wearing a traditional colorful dress with a crown on her head and red rouge on her forehead and cheeks. She looks graceful and displayed the traditional Korean beauty. Husband Ki Tae-young was captured looking at her from far with a satisfied smile on his face.

They dressed up in fancy palace clothes to various ramie and silk dresses, living up to the fact that they are a young couple. This Hanbok photo collection was sponsored by Hanbok Rin and photograph taken by Oh Joong-seok.

Those who have seen the picture say, "What a pretty couple", "Eugene looks good in a Hanbok and I am looking forward to seeing her in a historical drama". 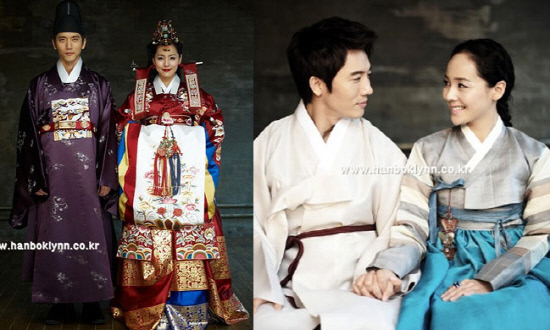 "Eugene, a pretty bride in Pyebaek ceremony "
by HanCinema is licensed under a Creative Commons Attribution-Share Alike 3.0 Unported License.
Based on a work from this source