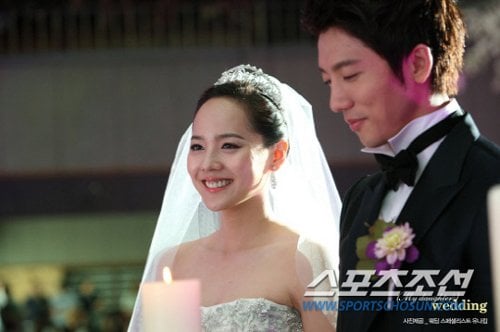 Actor couple Eugene and Ki Tae-young are expecting their first child after three years of marriage.

The couple's agencies said on Wednesday that Eugene is 13 weeks pregnant and that they are thrilled about the news.

They started dating in 2010 after appearing in the 2009 MBC drama "Creating Destiny" together as a couple, and married in July 2011.

"Eugene, Ki Tae-young Expect 1st Child"
by HanCinema is licensed under a Creative Commons Attribution-Share Alike 3.0 Unported License.
Based on a work from this source