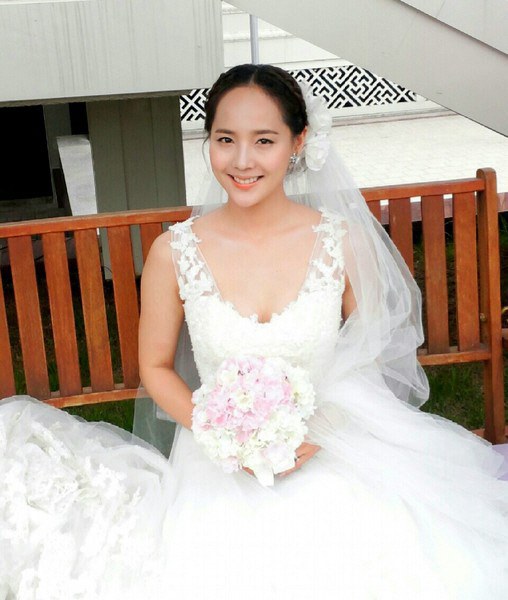 Actress Eugene posted on her Twitter on the 23rd "A long journey has ended. I am grateful to those who supported "A Hundred Year's Inheritance" and I hope you will show support for "Scandal" that's coming up next".

Eugene posted a picture of herself in the wedding dress she wore for the final scene. She's holding up a bouquet and smiling brightly.

A Twitterian mentioned, "It was fun. I like this kind of happy ending". Netizens also say, "We want season 2 of the drama. The ending was so great", "It was the best drama of my life!" and more.

"Eugene "Please support 'Scandal'""
by HanCinema is licensed under a Creative Commons Attribution-Share Alike 3.0 Unported License.
Based on a work from this source