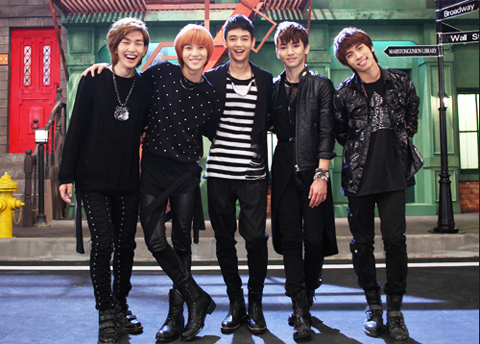 As suspicion that a Serbian singer had plagiarized SHINee's song "Lucifer" had been raised, SHINee's agency SM Entertainment (hereinafter refer to "SM") announced that they would take legal action against the singer. SM said on January 7, "The suspicion had been aroused from an Internet report that Serbian singer Jelena Karleusa had plagiarized SHINee's song 'Lucifer', and songwriters who had composed the song 'Lucifer', consisting of a Korean writer who belongs to SM and an American writer, both agreed that the Serbian singer's song had infringed their copyright. SM decided to ask European lawyers to take legal action against the singer". Jelena Karleusa's song entitled "Mu karac koji mrzi ene", which had been released through Internet websites such as YouTube, sounds very similar to "Lucifer".

This kind of suspicion that singers in European and Asian countries had plagiarized the songs of Korean singers who belong to SM have already been raised several times. SM said, "Girls' Generation's song 'Genie', which was originally written by European writers, brought about suspicion that an Uzbekistan singer used the song illegally without permission, so the legal company in Uzbekistan is now taking legal action. And a singer in Cambodia sang a song that sounds exactly the same as the group SHINee's song 'Ring Ding Dong'. Generally, it is very difficult to take prompt action against copyright dispute overseas, but we are keeping close relationships with publishing companies overseas who wrote the songs for SM singers, so we can take legal action".