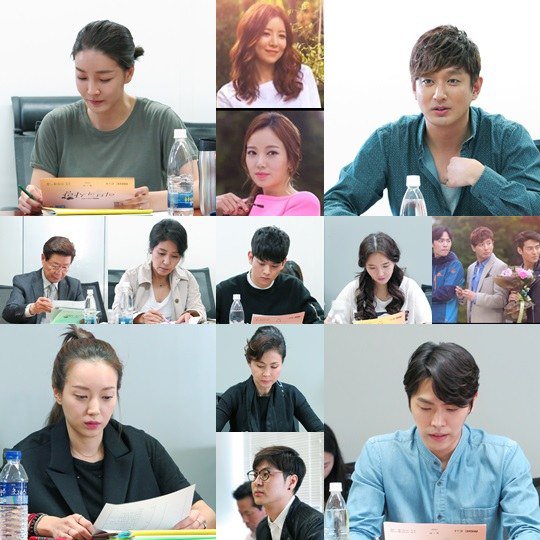 "Eve's Love" is about Jin Song-ah (Yoon Se-ah) overcoming everything she lost to a friend's betrayal and getting them back. She plans revenge on the friend that took everything from her and struggles to bring her family honor again. She also finds true love in the end.

Prior to the script reading, Choi Yong-won the co-producer said, "I hope we are all well throughout the making of this drama". Lee Gye-joon then said, "Bring out everything you have in this script reading. I hope everyone gets along".

Lee Gye-joon introduced Ko Eun-kyeong the writer as 'the mother of "Eve's Love"'. She shyly said 'hello' and every member of the cast also said a word or two.

Yoon Se-ah played the role of Jin Song-ah smoothly. Kim Min-kyung-III in the role of Kang Sena discussed things with fellow actors and actresses to play her role better.

Lee Jae-hwang becomes Koo Kang-mo, the eldest of a wealthy family who has the quality of a gangster and Yoon Jong-hwa plays Cha Gun-woo who is stuck between Song-ah and Sena. Lee Dong-ha, a former musical actor plays Koo Kang-min.

""Eve's Love" script reading"
by HanCinema is licensed under a Creative Commons Attribution-Share Alike 3.0 Unported License.
Based on a work from this source