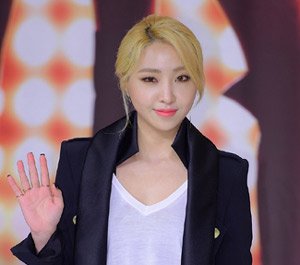 "The album will include a song that Kong wrote by herself, and she is working on the final touches to the album", said her management agency Music Works in a press release this week.