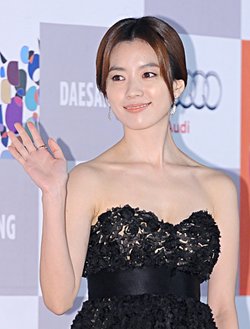 The Seoul Central District Prosecutors Office on Monday indicted the ex-manager of actress Han Hyo-joo for trying to extort W10 million from her father by threatening to publish compromising photos of the actress (US$1=W1,062).

A car dealer and another individual were charged as accomplices.

According to police, the ex-manager illegally transferred 16 photos of Han and her ex-boyfriend from her digital camera to his mobile phone. Lee then colluded with the car dealer and another man surnamed Hwang to threaten the actress's father to go public with the pictures and demanding W400 million.

Han's management agency BH Entertainment in a press release said the actress did not engage in any activities that deserve public criticism and threatened "strong measures" to deal with blackmail.

The photos were apparently taken at a birthday party with her ex-boyfriend and friends four or five years ago.

"Ex-Manager Charged with Blackmailing Han Hyo-joo"
by HanCinema is licensed under a Creative Commons Attribution-Share Alike 3.0 Unported License.
Based on a work from this source